Barcelona appear to have accidentally leaked the design for Manchester United’s 2020/21 home kit, uploading an image of the new strip to their YouTube account before hastily deleting it.

The Red Devils’ upcoming kit retains most of the usual features: it is predominantly red with the white Adidas three stripes branding on the shoulders and still has the Chevrolet logo front and centre. However, the new design also has a slightly strange black, yellow and dark red pattern that runs in stripes vertically across the shirt which not all fans are keen on.

Well, that’s what Barcelona seem to have done to Manchester United.

Barca posted a video on their YouTube account on Sunday afternoon, which involved a friendly simulation between themselves and United.

However, their original thumbnail showed Paul Pogba wearing what seemed to be his side’s new strip.

The design shows unusual black and yellow stripes on the red shirt with a flattened down white collar.

It’s not too dissimilar to their 1990-92 home shirt, which celebrates its 20th anniversary this year. 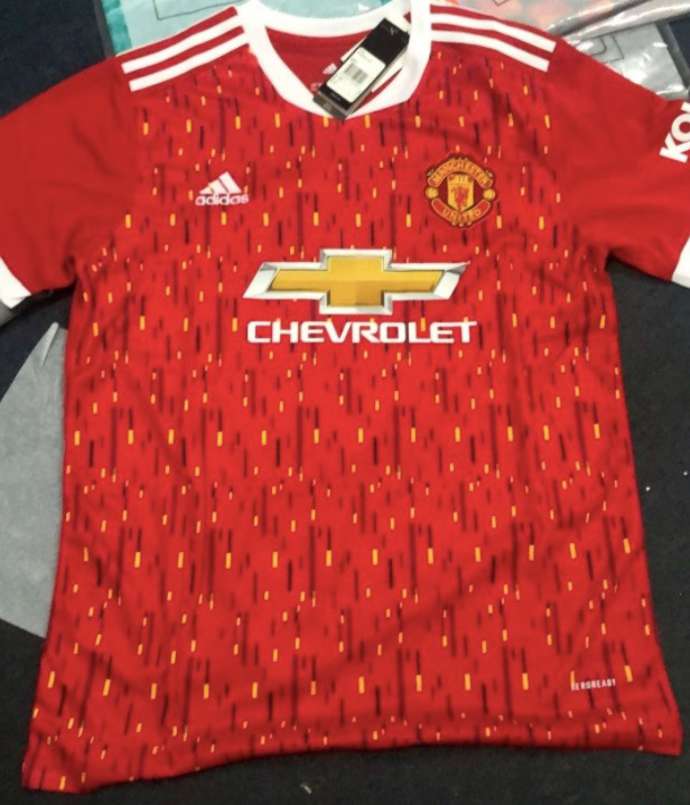 Barca have since deleted the thumbnail and reuploaded a new one – but not before angry United fans starting kicking off.