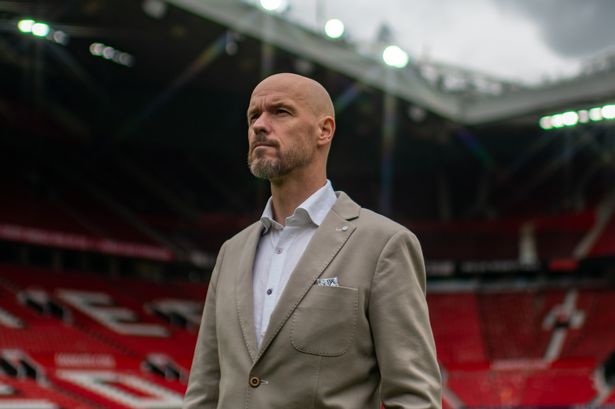 Manchester United are finally returning to Premier League action this weekend after a three week break since the win over Arsenal.

The next fixture up is not the kindest, an away trip to rivals Manchester City and in-form Erling Haaland.

It’s unclear whether this is a good time to play City after the break and catch them cold, but United have lost all the momentum from a winning run too.

An away victory for United would take us just two points behind Pep Guardiola’s side with a game in hand. This won’t be easy at a stadium where we lost 4-1 last season.

The problem facing him this weekend is that despite training at the end of this week, Marcus Rashford may be fit enough to start the game.

Anthony Martial has reportedly trained all week, according to Erik ten Hag, with United keeping this quiet until the manager’s press conference, leaving him out of training photos.

We are going to take a leap of faith and say Martial starts up front against City, his first start of the season. He was a key player in pre-season and a player Ten Hag appears to value highly.

If Martial was not fit, other options include Cristiano Ronaldo who has no goals from open play this season, and Anthony Elanga, who has not scored a goal since February.

Elanga performed strongly against Liverpool for the first 45 minutes, and there’s a compelling case to start him with his pace able to put pressure on the City defence.

However, this would be an opportunity for Ten Hag to build relations with Ronaldo by selecting him for a big fixture, and a big performance would lift his confidence.

Ronaldo has shown during his career that goal droughts never last long, and this game is an opportunity to spark a revival if he is selected.

We predict Martial will be joined in attack by Jadon Sancho and Antony, with the latter set to play in his first derby game between the two teams.

Manchester United’s midfield will certainly feature Bruno Fernandes and an in-form Christian Eriksen; the big question comes over who joins them, Scott McTominay or Casemiro.

McTominay could have the edge, he will know what to expect from the derby and has been in excellent form. He also had a rest in midweek, while Casemiro played for Brazil on Tuesday night. There will be plenty of opportunities ahead for the former Real Madrid ace.

Manchester United’s defence picks itself at this stage, with Tyrell Malacia, Lisandro Martinez, Raphael Varane and Diogo Dalot earning the opportunity to start, with David de Gea in goal.