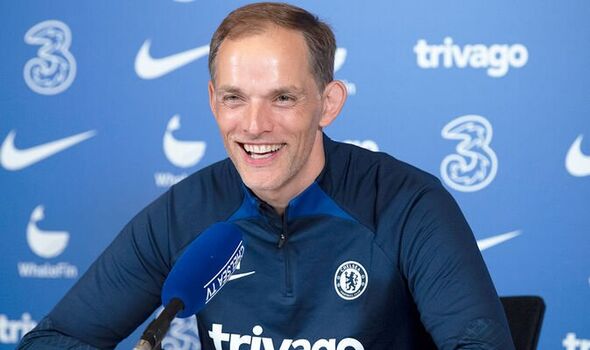 Chelsea will be determined to finish the summer transfer window on a high having encountered numerous setbacks in the market over the past few months. Thomas Tuchel has made no secret of his desire to add to his ranks before Thursday’s fast-approaching deadline and there are a number of deals which the Blues could still complete.

Speaking ahead of Chelsea’s Premier League clash with Southampton on Tuesday – a match the west London club would go on to lose 2-1 – Tuchel said: “Right now I think we could need some more players in some positions. It’s very close to the end of the transfer window and when 1 September comes I will be a happy coach no matter what happens. I will try to find solutions and not think about what might have happened or what could be.”

Despite missing out on a number of top targets, the Blues moved to sign a number of high-profile names this summer, including Raheem Sterling, Kalidou Koulibaly, Marc Cururella and, most recently, Wesley Fofana. Having allowed Romelu Lukaku to rejoin Inter Milan on loan and Timo Werner to return to RB Leipzig on a permanent deal, Tuchel’s priority remains adding to his attack before Thursday’s deadline.

With the Blues boss having only landed two of the three centre-backs he was aiming to recruit after losing both Antonio Rudiger and Andreas Christensen at the start of the summer, a defensive reinforcement also remains a requirement going into the final few hours of the window. With all that in mind, Express Sport take a closer look at who Chelsea could sign on what is set to be a frantic deadline day for the west London club.