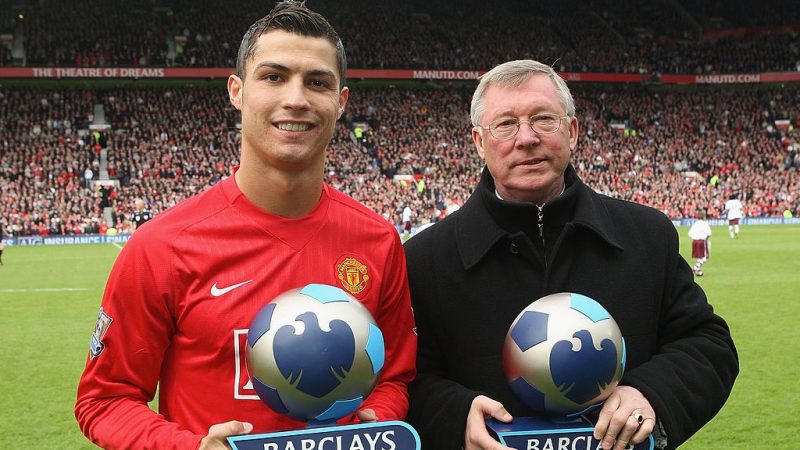 Alex Ferguson was instrumental in persuading Cristiano Ronaldo to rejoin.

Alex Ferguson has spoken up for the first time about his involvement in bringing Cristiano Ronaldo back to Manchester United.

Ronaldo marked his homecoming to Old Trafford with two goals in a 4-1 victory against Newcastle United on Saturday, after a month of frantic build-up, and his old boss revealed how he helped bring the five-time Ballon d’Or winner back to Manchester.

A chat with Ferguson allegedly encouraged Ronaldo to shun Manchester City and return to the club where he is still revered 12 years after leaving for Real Madrid in a dramatic chain of events on August 27th.

Ferguson attempted to downplay his participation in an interview with Viaplay that was made public before yesterday’s match, preferring to share credit with others.

“A lot of people played their part,” Ferguson said. “I contributed knowing that really Cristiano wanted to come here (to United).

“And that was important. It worked very well.”

Sir Alex Ferguson speaks exclusively to #Viaplay and @tfaxoe about the return of @Cristiano to @ManUtd #MUFC #Tv3sport pic.twitter.com/8027uRuCLT

Ronaldo and Ferguson are known to have a close connection, with the former referring to Ferguson as his “football father” in the past.

Ferguson was Man United’s manager when the striker came at Old Trafford as an 18-year-old in 2003, and he helped shape him into the player he is today.

They won three Premier League championships, the Champions League, two League Cups, and the FA Cup during their six-year partnership.

Cristiano Ronaldo: I’m back where I belong.

Ronaldo made his first public remark since returning to Man United on August 31st, signing off a lengthy social media post with the words:

The next opportunity for Man United fans to get a glimpse of Ronaldo in action will come on Tuesday when the club travel to Switzerland to face Young Boys in the Champions League.