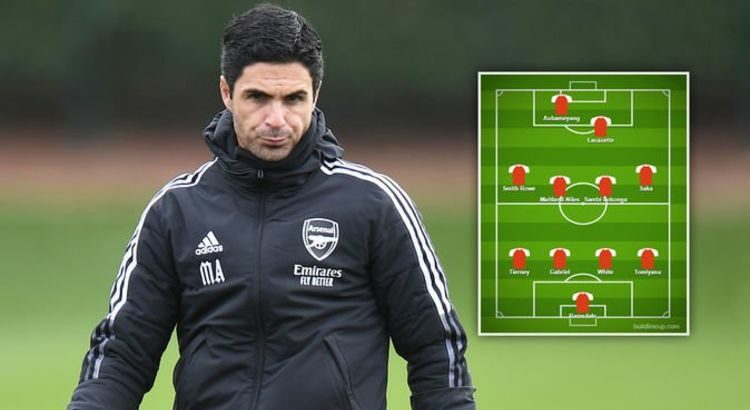 Mikel Arteta has an almost fully fit team to choose from for Arsenal’s trip to Watford on Sunday. Arsenal can leapfrog Manchester United into fourth position if they win today, ahead of the Red Devils’ match against Manchester City at the Etihad.

At his news conference on Friday, Arteta avoided recognising Aaron Ramsdale as the season’s best signing.

For most Premier League fans, though, the England international would rank towards the top of the list.

At the Emirates, Ramsdale has kept Bernd Leno out of the starting XI.

His distribution has been a little off in recent matches so Arteta will be hoping that is sharpened up for this one.

The Japan star hasn’t played since January and is still dealing with a calf injury.

Cedric Soares, on the other hand, has impressed in his absence and will start at right-back today.

Prior to last week’s upset against Wolves, Gabriel had appeared strong at the back.

In the centre, he’ll be joined by Ben White, with Kieran Tierney on the left side of the defence. Thomas Partey and Granit Xhaka are likely to be Arteta’s preferred midfield pairing if fit until the end of the season.

Albert Sambi Lokonga and Mohamed Elneny are other options but not at the level of the above duo.

Martin Odegaard has shone in recent weeks and started to show exactly why Arteta was so keen to sign him.

However, he is in need of a goal having gone 11 games without one.

Emile Smith Rowe is back following the illness which caused him to miss the home win over Wolves.

Arteta has a choice between Smith Rowe, Gabriel Martinelli and Nicolas Pepe for a starting spot.

Martinelli may get the nod despite his end product letting him down last time out.

Pepe is pushing for a start though following his instrumental performance off the bench against Wolves.

Alexandre Lacazette was pictured in pain in training but he and Bukayo Saka are both fit for this one.