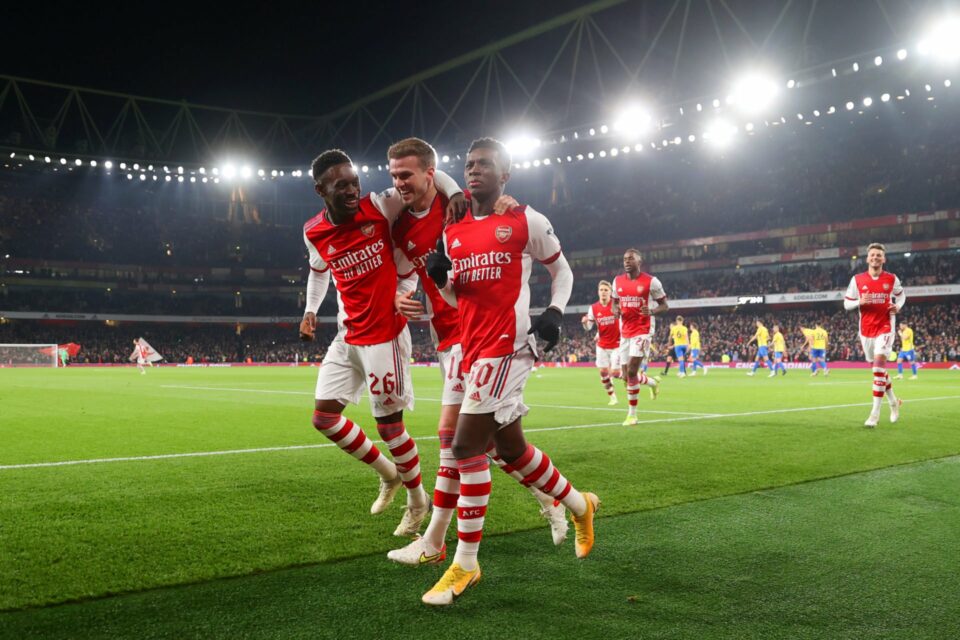 Arsenal has wanted to loan out a young striker for a long time, and it now appears that it may happen.

The striker is one of Arsenal’s most promising young players. He has been playing out of his skin at the young level, and everyone has realised that he is far too talented for that age group.

However, he is not yet ready to play for Arsenal’s first team. Balogun still has a lot to learn before he can lead the Gunners’ attack.

A loan transfer to a club where he will play every week would be ideal for him, and Arsenal appear to have negotiated one.

Fabrizio Romano: Folarin Balogun will have his Middlesbrough medical today ahead of his loan

Right after the January transfer window began, Chris Wilder’s Boro were linked with a bid for Balogun. A deal appeared to be on track to close early in the window, but there was an unexpected hold-up.

Balogun was diagnosed with COVID and was forced to isolate for a few days.

Balogun is out of isolation, according to Romano’s tweet from yesterday, and will be travelling to the Riverside Stadium at some point today for his physical and to finalise his loan move.

According to Romano, Arsenal has already reached an agreement with Boro and the transfer is only a matter of time.

Folarin Balogun joins Middlesbrough on loan from Arsenal, done deal. Balogun will undergo his medical tomorrow and then will be announced as new Boro player. 🔴 #AFC

Balogun, whose development has been dubbed “amazing” by Mikel Arteta, is in desperate need of a loan term, and a transfer to the Championship is currently his best option.

For a long time, Wilder has been a supporter of Arsenal’s youth. When he was still in charge of Sheffield United in September 2020, the now-Boro boss claimed that he had made an offer to sign Balogun.

Although a deal did not materialise at the time, Wilder may be able to secure his man now, although on a loan basis until the end of the season.

It will be interesting to see how Balogun will fare in the Championship. He will be tested physically every time he steps onto the pitch and if he can deliver without any trouble, he will give Mikel Arteta a lot to think about next summer.