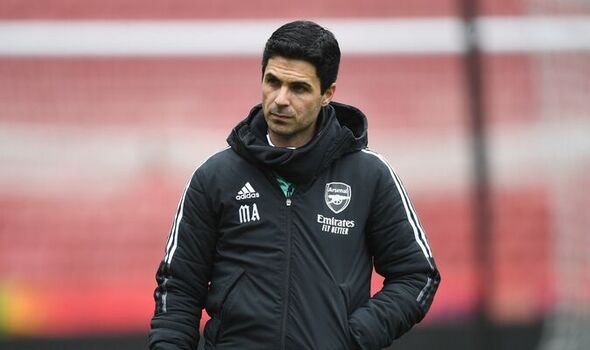 Arsenal have launched a £34m bid for AC Milan star as Mikel Arteta looks to bring in a midfielder this summer, according to Calciomercatoweb.

However, the Gunners boss is still looking to bring in further additions and a midfielder is on the agenda as Arteta needs top class competition for Granit Xhaka, Thomas Partey and Albert Lokonga in the middle of the park.

Arsenal have been strongly linked with Youri Tielemans this summer but are yet to agree any deal with Leicester City, and it appears Arteta is working on alternative targets.

According to Calciomercatoweb, Arsenal have set their sights on re-signing Bennacer and ‘offers £34m [€40m]’ for the Algerian international.

AC Milan are desperate to keep hold of the 24-year-old after losing Franck Kessie this summer as they see Bennacer as being a key part of their starting eleven this coming campaign.

The former Empoli midfielder featured 31 times last season to help Milan win the Serie A title and the Italian giants are now hoping to agree a new contract extension as his current deals expires in 2024.

However, Arsenal’s proposal may give Milan a pause for thought as they could cash-in on Bennacer while his stock is high and use the money to reinvest in their squad this summer.

Bennacer was on Arsenal’s books after joining the club in 2015 but joined Empoli in 2017 without making a senior appearance for the Gunners. He’s gone on to forge a excellent reputation in Italy and has earned 40 caps for his national team.

It remains to be seen whether they player is open to a return to the Emirates Stadium – especially as he has Champions League football to look forward to with Milan next season.

However, it appears Arteta is hoping to lure him back to North London as the Arsenal boss looks to secure another key signing ahead of the new campaign.