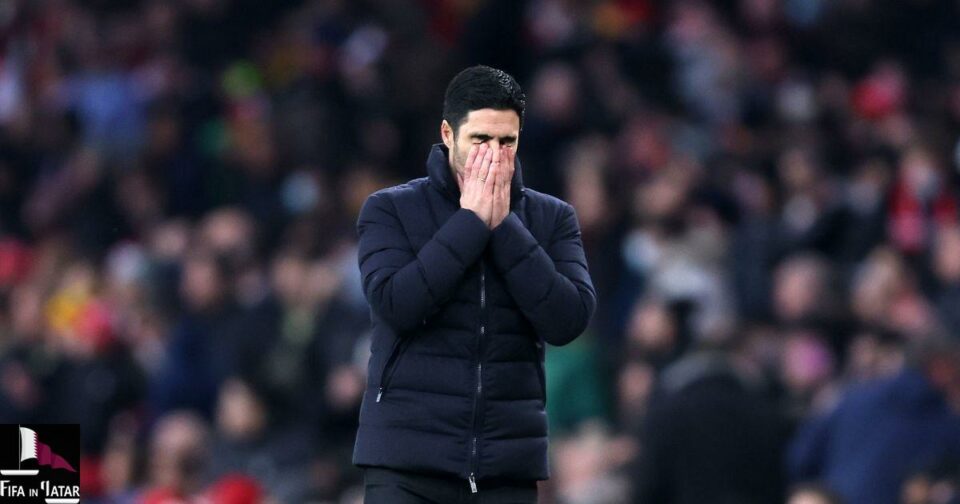 The January transfer window has already closed, and few managers will be more unhappy than Arsenal head coach Mikel Arteta, who failed to sign many important targets.

However, it was generally anticipated that the Gunners would need to make further additions in January in order to maintain their fight for a top-four finish.

The north London club chased a move for Fiorentina striker Dusan Vlahovic before the Serbia international agreed to join Juventus in a £63 million deal.

Arteta also had late-season bids for Real Sociedad attacker Alexander Isak and Espanyol’s Raul De Tomas fall through, while the future of Pierre-Emerick Aubameyang compounded matters for the 39-year-old coach.

Following a sad deadline day for the Gunners, Arteta will return from their warm-weather training camp in Dubai with a much thinner team.

Goal Gazette looks at all the incomings and outgoings at the Emirates Stadium in January.

In a surprise deal, MLS outfit Colorado Rapids announced USA international defender Auston Trusty would be signing for Arsenal for an undisclosed fee.

The 23-year-old central defender will spend the rest of the season on loan before heading to the Emirates on July 17.

That followed up the club’s capture of New England Revolution goalkeeper Matt Turner, who cost a reported £7m fee plus add-ons.

Similar to Trusty, Turner, 27, will link up with his new club in the summer after the MLS season begins.

But that was as far as it went for Arteta in terms of genuine first-team additions, with several moves falling through late in the window.

Their only other signing saw 17-year-old starlet Lino Sousa arrive from West Brom earlier in the month. However, the youngster will be initially welcomed into the club’s academy setup.

The most dramatic and significant departure of the window saw Pierre-Emerick Aubameyang end his four-year spell with The Gunners.

The Gabonese striker had been frozen out under Arteta and had not played a game since December 5 following a disciplinary issue.

The 32-year-old bizarrely flew to Catalonia on deadline day to see family, but later it transpired his agent was negotiating a last-gasp deal with the Catalan giants.

Aubameyang’s transfer went right to the wire, but the 2019-20 Golden Boot winner has completed his move to Camp Nou, leaving Arteta with just two strikers on his books.

But while Arsenal made some huge savings on their wage bill, the club failed to take a single transfer fee in January.

Other than Aubameyang, Calum Chambers and Sead Kolasinac, the majority of their outgoings turned out to be loan deals.

Bosnian left-back Kolasinac made 118 appearances for Arsenal after arriving on a free transfer from Schalke in 2017, scoring five goals. And he left in the same fashion after falling out of favour under Arteta.

The 29-year-old’s deal was due to expire in June and Arsenal agreed to allow him to cut short his deal to secure a move to Marseille on January 18.

One of the earlier deals completed in the window saw Ainsley Maitland-Niles embark on an Italian adventure with AS Roma.

The 24-year-old signed a deal with the Giallorossi until the end of the season to link up with Jose Mourinho, who took charge of the Serie A outfit in June.

The versatile midfielder, who can also operate on either flank as a full-back, left in search of regular first-team football after starting only two games in the Premier League this season.

The deal was completed on January 8, and Maitland-Niles has made four appearances for the club after making his debut against Juventus.

Another player who had seen his playing time reduced since last season was Pablo Mari, who has been brushed aside since White’s arrival at the club.

With first-team appearances too far and few between, Mari has opted for a new challenge in Italy with Serie A outfit Udinese.

He followed Chambers out the door, with the defender sealing a low-key free transfer switch to Aston Villa that had gone under the radar to join Steven Gerrard’s side.