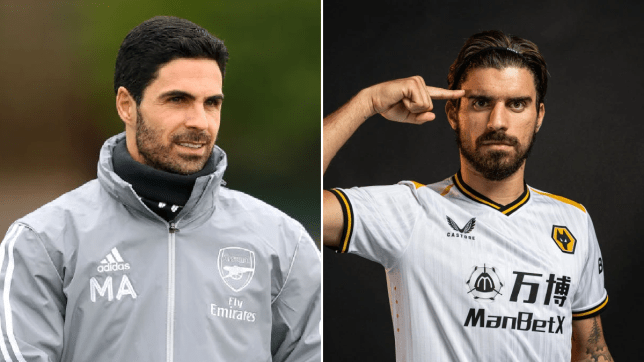 According to sources, Arsenal has already chosen the three players they want to sign this summer and is willing to spend big to get them.

The Gunners had a disappointing January transfer season in which a slew of players left – either permanently or on loan – but no new additions arrived, leaving manager Mikel Arteta weak up front and in central midfield.

Arsenal attempted to recruit Serie A top scorer Dusan Vlahovic, but the Serbian chose to join Italian heavyweights Juventus instead.

Arsenal will be on the lookout for two new forwards this summer, according to The Sun. They want to recruit both Alexander Isak and Dominic Calvert-Lewin.

During the January transfer window, Real Sociedad striker Isak was extensively linked with a move to north London, with Arsenal supporters even going insane over a number plate spotted in the capital, but the Spanish club were emphatic he would not go unless his release clause was reached.

Arsenal believes Isak is worth far less than the £75 million buyout, however they may be willing to pay it if the situation arises in the summer.

Calvert-Lewin is valued at roughly £60 million by Everton, and Arsenal might spend up to £135 million on the two strikers.

Arsenal are also interested in Wolves midfielder Ruben Neves, who might be available for roughly £45 million, bringing Arsenal’s total investment to around £180 million if all three players are successfully recruited.

But it’s a price that Arsenal owner Stan Kroenke is willing to pay, with the billionaire eager to express his faith in Arteta and enhance the squad – albeit the buying spree is contingent on one major condition.

Arsenal must finish in the top four to fund the transfers, and the attraction of Champions League football will be vital to persuade the three players to move to the Emirates.

Arsenal may have to rethink their transfer plans if a top-four finish is not achieved, while the club also hopes to raise money through player sales.

Matteo Guendouzi, Lucas Torreira, Hector Bellerin, Ainsley Maitland-Niles, Reiss Nelson, Alex Runarsson, and Konstantinos Mavropanos are among the on-loan players the north Londoners believe they can transfer for up to £70 million.

When their loans expire, William Saliba, Pablo Mari, and Folarin Balogun are expected to be welcomed back into the squad, bolstering Arteta’s options – especially if he has a European campaign to contend with.