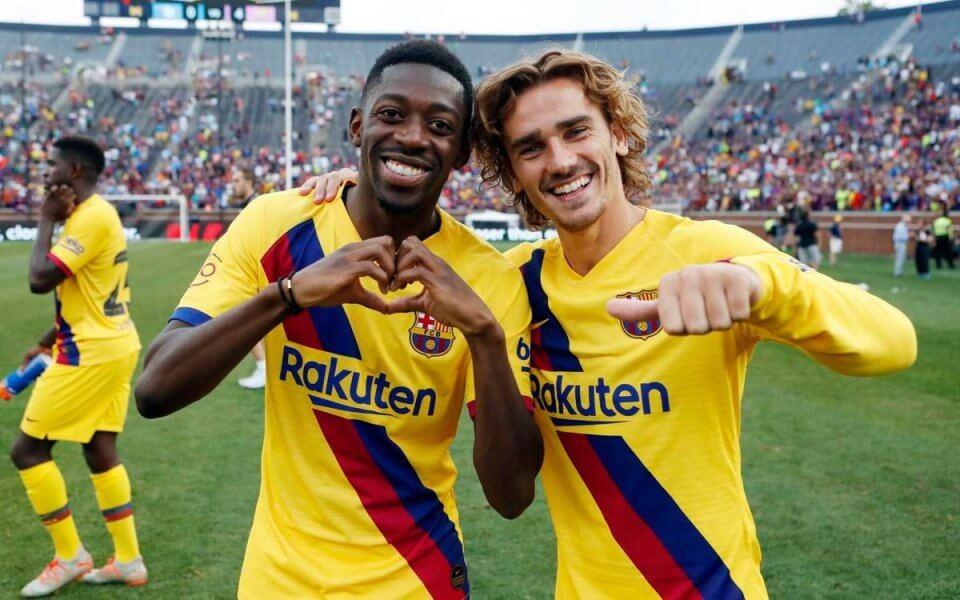 Spanish giants Barcelona suffers another major injury setback ahead of their Champions League encounter against Italian side Inter Milan.

Barcelona are set to host Inter Milan in midweek for Group Stage tie of Champions League, but the La Liga giants have been dealt with another major blow as Ousmane Dembele is set to miss the game due to injury.

The French international picked up a hamstring injury on Saturday. Dembele, who was on his recovery from the injury that he picked up in first game week, failed to make the team to face Getafe.

Following a comfortable victory over Getafe, Barcelona manager Ernesto Valverde revealed that the 22-year old was dropped because the management did not want to rush his recovery.

However, an official statement by club has revealed that the Frenchman has faced another injury and is set to sit out on bench for few more days.

[INJURY NEWS] @Dembouz out with a muscle problem in his left thigh
More details ? https://t.co/2ysUOVRuCl ? pic.twitter.com/f8IAahlIXw

“Tests carried out on the first team player Ousmane Dembele have concluded that he has a hamstring strain in his left leg,” Barca said on their website on Saturday night.

“His recovery will dictate his return to action.”

The 22-year old forward is expected to miss some very important games, like the Champions League encounter against Inter Milan and La Liga game against Sevilla.

Ernesto Valverde will be in great pressure to lose Dembele after losing talisman Messi and young sensation Ansu Fati with their respective injuries.