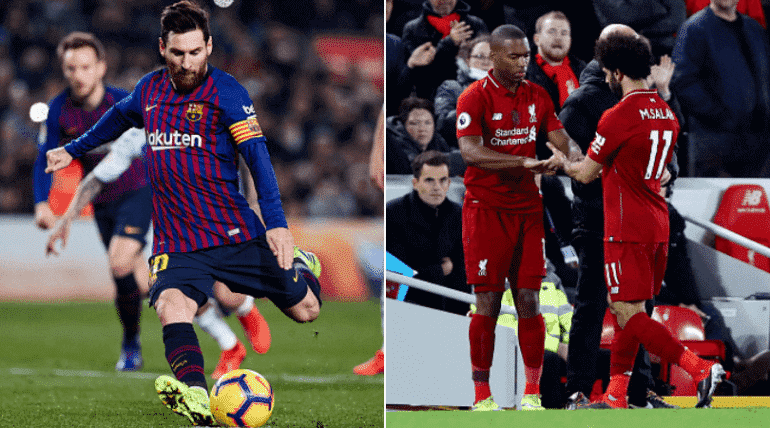 Four new changes in Association Football have been announced by IFAB, set to be applied in leagues.

The IFAB board have announced a number of changes in rules, which will come to effect in Association Football from this season. This decision was taken to preserve the spirit of the game.

Often players get down to time-wasting and cheating for their own purposes. The rules, which are set to come to effect from June 2019, will prevent such incidents against the spirit of the game.

The four such rules will bring changes in situations involving Substitutions, managers, free-kick and handball.

According to the new rule, the substituted players can leave match from any part of the field.

The players and manager have been using the substitution as an opportunity to waste time towards the end of the game. This is because of the old rule, where the players can only leave the field from halfway line.

Former Premier league referee Dermot Gallagher said, “Some of the teams hanging on in the past have made a substitute when they are the furthest player from the technical area.”

“This will no longer apply”, he insisted.

The goals will not be counted if the ball hits a player’s hands. Furthermore, it makes sure the accidental handball goals will no longer stand too.

“Whether they decide to go to the nearest point remains to be seen, but it’s up to the referee to invoke that.”Handball goals inside the area

The governing body also made sure that players will be penalised for handball. They said, “the rule will provide a more precise and detailed definition for what constitutes handball, in particular with regard to the occasions when a non-deliberate/accidental handball will be penalised.”

In his interview with Sky Sports, former Premier league referee Dermot Gallagher welcomed the decision and said, “It will be significant as we will no longer see a goal scored hitting the arm.”

“80 per cent of the handballs that referees give are not deliberate, but because a player gains a material advantage. Taking the word deliberate out will eradicate that”, he concluded.

The attacking players from opposition team will not be allowed to stand inside the free-kick wall. The players will have to maintain a distance of nearly one metre from the wall, as per the revised rule.

The decision is made to prevent time-wasting during free-kicks. This will also keep players in check, who creates unnecessary interruptions and fouls or in broader sense injury.

According to the new rule, Referee can show yellow and red cards to the managers and coaches.

As of now, the managers and coaches only receive verbal warning from the on-field referee over misconduct towards the referee.

The new rule is set to keep managers in check from next season. Furthermore, the new rule will make managers receive match suspensions like EFL.