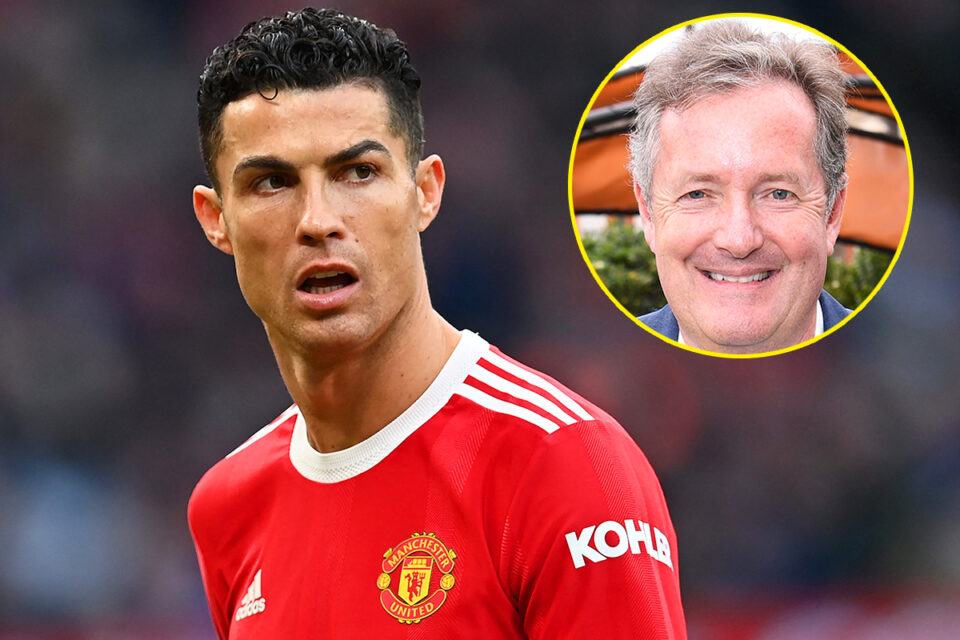 Piers Morgan, an avid supporter of Arsenal, has spoken out about Cristiano Ronaldo and admitted he is encouraging the Manchester United star to transfer to the Emirates.

Following his declaration to the Red Devils that he wants to go, the Portugal international has been heavily linked with a new team this summer. United will compete in the Europa League the following year after placing sixth in the Premier League.

Cristiano Ronaldo has no interest in dropping into that competition as he chases winning the Champions League – a competition he is desperate to win one last time at least in his career. The 37-year-old reckons he has around four years at the top left in the tank and does not want to waste what little time he has left in the Europa League.

However, finding a club has proved difficult with Chelsea and Bayern Munich – the top frontrunners for his signature – pulling out of the race. It has left Ronaldo with barely any options but TV personality Morgan has floated his own idea in private texts to the five-time Ballon d’Or winner.

“I have had quite a lot of contact in the last week. I certainly think it’d be highly unlikely if Cristiano Ronaldo plays another game for Manchester United,” he told talkSPORT. “I just think mentally he’s moved on.

“I’m not going to say what we’ve said to each other but like I said from the start I don’t think Cristiano feels Manchester United share his ambitions. I think he feels that the signings they’re making, the commitment they showed last season, where they finished up and a lack of Champions League football.”