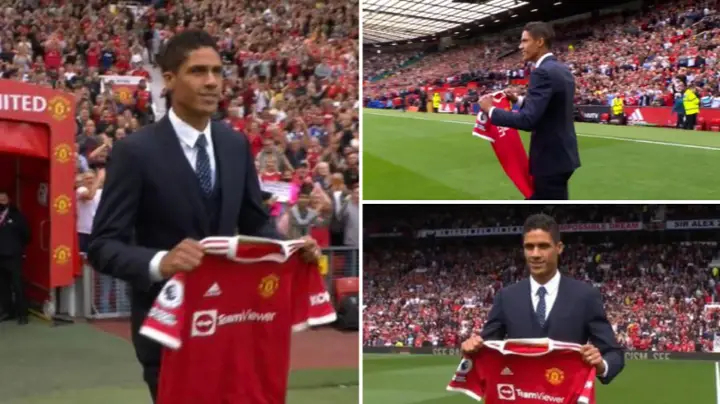 Manchester United sensationally introduced Raphael Varane in front of a raucous Old Trafford crowd on the first day of the season.

The formal announcement of Varane’s move took longer than expected, but seeing him dressed and booted at Old Trafford and being presented on the pitch was quite spectacular.

Ronaldo commented on Rio Ferdinand’s film of the event, ‘Grande,’ which translates as “Great” in Portuguese. 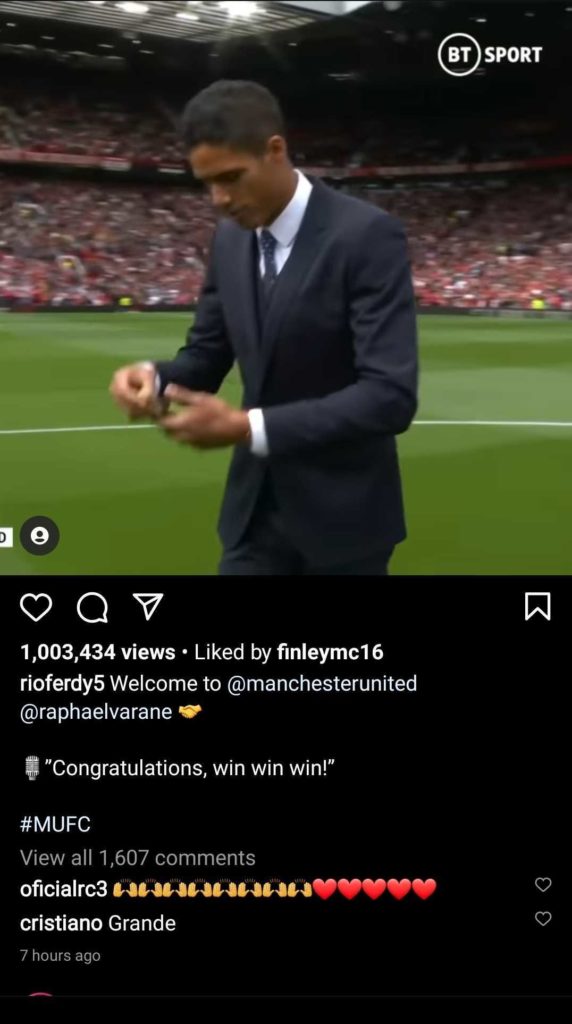 Roberto Carlos also placed a note over Ronaldo’s to commemorate the momentous occasion. Ronaldo has been silent about Varane’s transfer to Manchester United until recently.

Manchester United have signed a superstar, and while Victor Lindelof performed admirably in the 5-1 win over Leeds, Varane is just on another level.

The Frenchman has won four Champions League championships as well as the World Cup. He is precisely the sort of acquisition United requires to achieve the level at which the club aspires.