Cristiano Ronaldo was Manchester United’s hero on Wednesday evening for the second time in his amazing career.

The 36-year-old scored a stunning winner against Villarreal in the Champions League to secure three valuable points for Ole Gunnar Solskjaer’s team.

Paco Alcacer scored for the visitors in the 53rd minute to put United down 1-0 at Old Trafford.

However, goals by Alex Telles, who scored on a spectacular volley off a Bruno Fernandes set-piece, and Ronaldo in the fifth minute of stoppage time threw the home crowd into a frenzy soon before the final whistle.

Ronaldo showed his appreciation by flinging his jersey into the air. With another brilliant moment to add to his collection, the famed Portuguese forward sealed his reputation as a United great.

Video: Ronaldo’s reaction to being told ‘You did it again’

He was interviewed by BT Sport after the match and his reaction to the first question ‘Cristiano: You did it again…’ has gone viral on social media.

What else did Ronaldo say after the Villarreal game?

“It was a very, very difficult game. Villarreal played so good, create many chances.

“We struggled a little bit because we knew before the game that we must win the game.

“It was tough, the team was a little bit nervous especially…. well, first half and second half, to be honest.

“But we had a little bit of luck that we didn’t have in the last game [against Aston Villa last weekend].

“It was good, great attitude from our players. The fans pushed us a lot, which I have to say thank you to all of them.

“This is what we need sometimes when we’re a little bit down, when the team is not playing well, but an important win.” 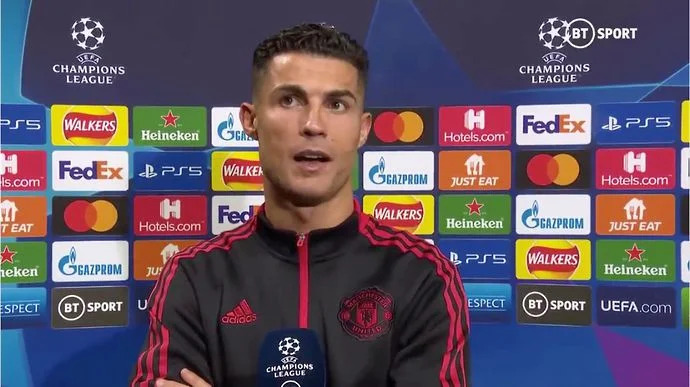 The veteran forward said he told the players before the second half that “we should believe” and added: “The game tonight was not my best. I didn’t play so good.

“But sometimes I play good I don’t score. Today I don’t play good and I score.

“Very important. We knew if we didn’t get points today it would be tough to go through to the next stage but now everything is possible, everything is open and we believe we go through.” 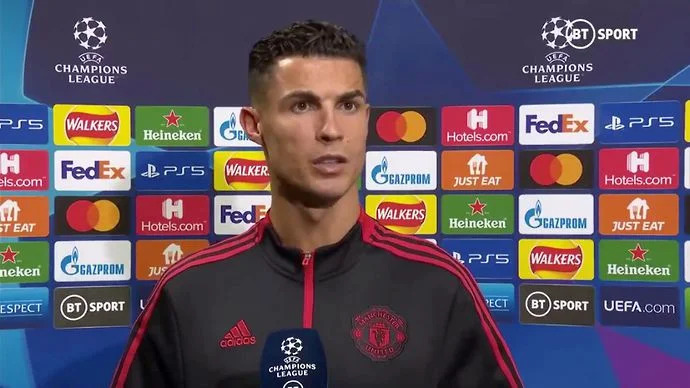 Following a 2-1 defeat to Young Boys two weeks earlier, it was imperative for Solskjaer’s side to beat Villarreal at home.

The Premier League side now sit level on points with second-placed Young Boys and one point behind group leaders Atalanta.