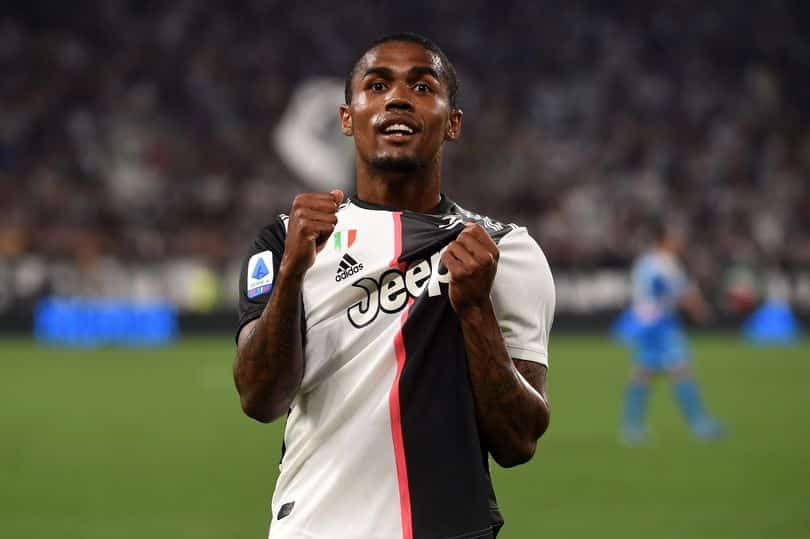 Juventus’ star forward, Douglas Costa has attracted a lot of interest from Manchester United according to the player’s agent. The player’s agent claims that the Red Devils showed a ‘strong interest’ in the Brazilian winger this past window.

Manchester United have tried to strengthen their squad over the past few months and if Giovanni Branchini is to be believed, Douglas Costa is the player that Ole Gunnar Solskjaer wanted.

Branchini claims that there was a lot of interest from English clubs to sign the 28-year-old, but newly appointed Juventus manager, Maurizio Sarri was against letting any player exit from the club.

“I sincerely say that Allegri and Sarri have never thought of letting him go,” the agent spoke to The Mail.

“The interest of Manchester United was strong, a club that has always been interested in the Brazilian. It was not the only club but in England it was certainly the most active team on the trail of Douglas Costa.”

Douglas Costa has started the new campaign under Sarri in style, making two assists in the opening two games of the season. Branchini believes that this new form has made life easier for Costa under the former Chelsea manager, however, he still insists on Manchester United being interested in signing the Brazilian.

The agent continued: “Douglas has had countless health problems. Last season he was very often injured. He is wanting to recover with great professionalism after standing still.

“Juventus never intended to sell him despite the big pressure from United.

“Douglas is a “cool” professional in the best sense of the word. He is able to adapt to everything. Just think of how well he did in Ukraine, in a country totally different from Brazil.

“He loves Juventus but is able to adapt to every reality. Premier League is a beautiful championship but for now United have failed in all their attempts to convince Juventus to sell him. The player remained in Turin and is a champion.”