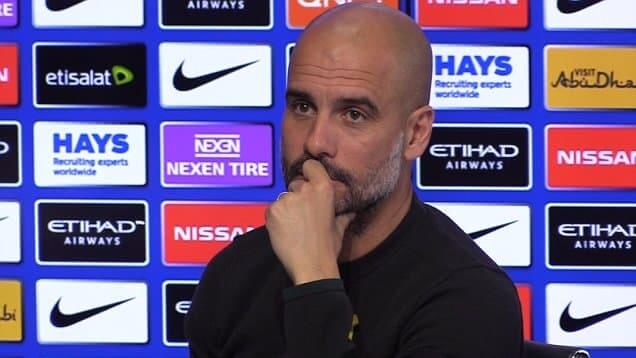 Pep Guardiola has confirmed that youngsters Eric Garcia and Taylor Harwood-Bellis will be called up to fight the injury crisis in the backline.

John Stones picked up an injury before City’s Champions league encounter against Shakhtar Donetsk. In the press conference before the game, the Spaniard boss confirmed that the defender injured a muscle in training.

With Stones out of the picture, the defending league champions have only one first team centre-back Nicolas Otamendi. Guardiola insisted that along with Fernandinho, the 18-year old Garcia and 17-year old Harwood-Bellis could fill the shoes.

The departure of Vincent Kompany left a big gap in the backline. To make it worse Aymeric Laporte is out untill January and now with Stones joining the injured list of players, City boss would be hoping to form a new centre-back duo with Fernandinho helping out Otamendi.

The City boss said: “Sometimes for tactical reasons he [Fernandinho] played there last season and now with him, Taylor Bellis, Eric and Nico, we are going to play them in that position. It’s not a problem, it is a challenge; they will do it, no problem.”

“My players are the best – we will work out with the players we have how to create something. That’s what it is.”

“We will go with them for the next few months. It is what it is; sometimes these situations happen. It has happened and what we are not going to do is complain.”