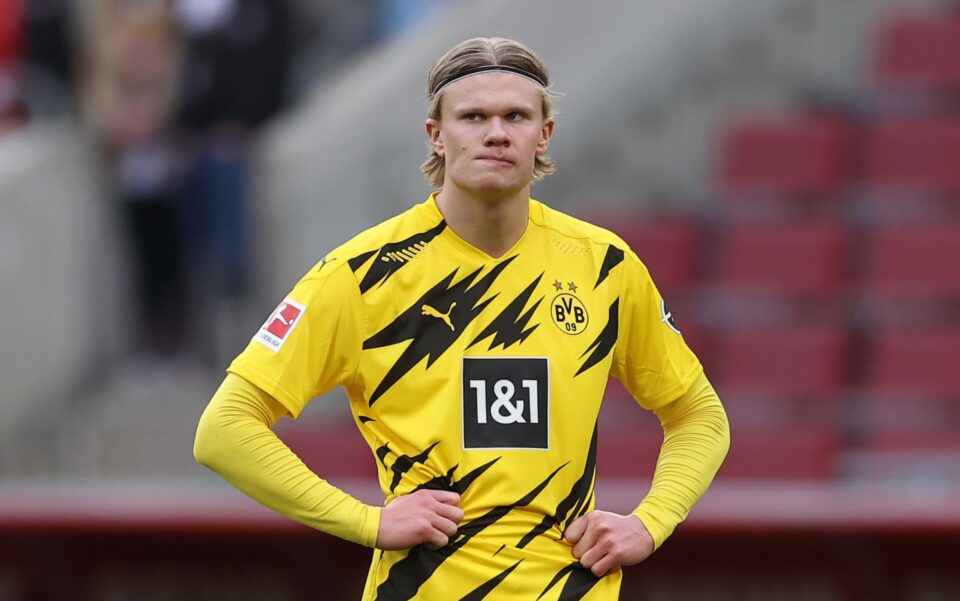 According to the most recent sources, Erling Haaland has thrown a significant hint about his future ambitions.

The striker is, of course, one of the hottest properties in international football right now, with Europe’s major teams lined up to sign him, including Manchester United.

Manchester United will face stiff competition from Manchester City, Bayern Munich, Real Madrid, and Barcelona in their pursuit of the Borussia Dortmund star, who will undoubtedly be a prominent figure during the January transfer window.

It is increasingly probable that Haaland will leave Dortmund in the summer, with his £68 million release clause taking effect at the end of the current season, when he will enter the last year of his contract.

And, according to Spanish media, the Norwegian has already revealed where he will play next season – and it’s not good news for Manchester United.

According to AS, while on vacation with his family in Marbella, Haaland assured supporters, ‘I will play here in Spain,’ implying that Real Madrid and Barcelona are the frontrunners for his signing.

Mino Raiola, Haaland’s agent, recently announced that the 21-year-old has acquired a home in Spain, implying that his client may be on the move this summer.

In other news, United may activate Julian Alvarez’s buy-out clause in order to sign the Argentine star this month.

Alvarez has been linked with a transfer to Old Trafford in recent weeks, with rumours claiming that his agent, Fernando Hidalgo, is planning a trip to England to speak with the club about a possible deal.

This season, the River Plate attacker has 18 goals in 21 games in the Argentine Primera Division and has been connected with Bayern Munich, Inter Milan, Barcelona, and Real Madrid.

According to Spanish source SPORT, United might outbid their competitors for his signing, with the Reds prepared to activate the £17 million buy-out clause to avoid any discussions.