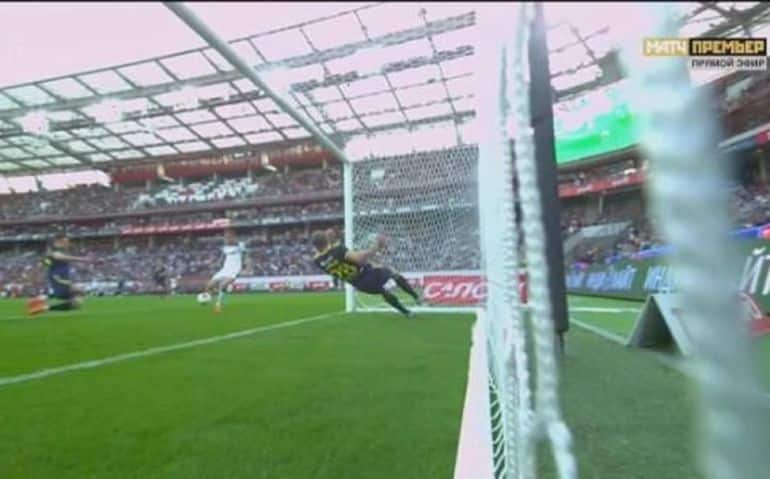 Evgeni Chernov pulls a wonderful goal-line clearance to make his side win against Lokomotiv Moscow in Russian Premier league.

A football player can tap the ball in or score from 40-yards out to be a match winner for his side. At other times, a player can make the difference by a simple interception or a thrilling goal-line clearance.

Goal-line clearance are unarguably exciting and nail-biting on the field and can change the outcome of a particular game in seconds, the same happened in the encounter between FC Rostov and Locomotive Moscow.

Evgeni Chernov made a goal-line clearance, just inches away from the line against Locomotive Moscow in the dying moments of the game, which ended up being the difference between the two sides as Rostov take a healthy lead at the top of the table.

The full-back had to make the clearance off the line twice in span of seconds as the 26-year old literally threw his body in front of the ball twice to deny the forward, out of which the second one needed him to come back over the line from inside the goal.

The double save by the defender ended up being the winner for Rostov as the Russian side were 2-1 ahead of their rivals Locomotive Moscow. The injury time tackle by Chernov made sure the Rostov win in the end.

With this win, the Rostov took a three point lead over Locomotive Moscow at the top of the league table. This double save is considered as one of the best defensive display by a player in the recent years and the 26-year old has gained a lot of fame after the game.