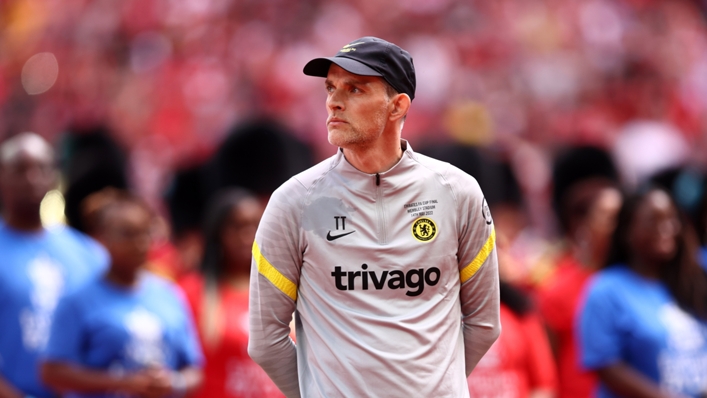 One of the recent stories of this transfer window has been Chelsea’s chase of Inter Milan starlet. Both Jacob Steinberg of The Guardian and Fabrizio Romano have issued updates on the story, with one more optimistic than the other.

Steinberg states that Chelsea are “close to winning the race” for a player he describes as a “highly-rated midfielder” while mentioning that OGC Nice from Ligue 1 are interested in the teenager.

Romano backs up the Nice links but says that there are “key days ahead” for the deal as the Blues are pushing to get the deal done. While The Guardian’s report indicates that the deal is almost done, Romano is a lot more cautious, but either way, it appears that the youngster’s future will be confirmed sometime soon.

Key days ahead for Cesare Casadei deal. Chelsea are pushing to get it done and beat OGC Nice in the race to sign top Italian talent from Inter. 🚨🔵 #CFC

New bid to be submitted this week as expected. ⤵️ https://t.co/nEuvy1mN10

Thomas Tuchel’s side has been linked with the 19-year-old ever since completing the signing of Carney Chukwuemeka. Both talents are young midfielders who are seen as long-term options to improve the squad.

The Sun have described Casadei as a prodigy and unlike Romano and Steinberg, they believe that Sassuolo could be competing for the player’s signature. One commonality across all reports is the presence of the Blues who are heavily linked with the youngster.

Chelsea new proposal for Inter talent Cesare Casadei will be submitted very soon, as Todd Boehly wants to get the deal done this week. 🚨🔵 #CFC

No issues on personal terms, Inter want more than €15m after two bids refused. Chelsea are ahead of OGC Nice – since last week. pic.twitter.com/o1zAy753oI

The Guardian’s report puts the fee for the Inter Milan man at just £12 million. This may seem like a cheap fee for a player dubbed a “prodigy” but the player himself has yet to play a game at senior level, he is a prospect who is unlikely to impact the first team immediately.

It is a deal that’s too good to pass up in some ways. The fee could likely be recouped in a future deal even if the Italian midfielder doesn’t work out, but if he does fulfil his potential then they will have signed a long-term midfield option at a bargain of a fee.