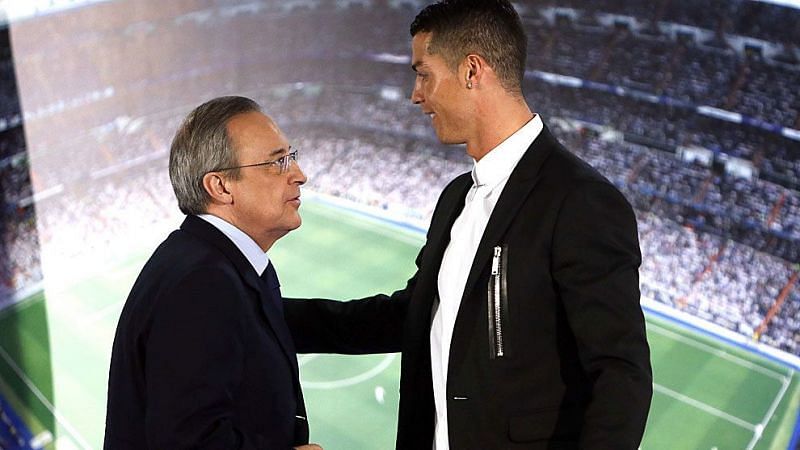 Real Madrid president Florentino Perez was left red-faced on Tuesday when audio from 2006 was released in which he called Raul and Iker Casillas the club’s two worst frauds. According to Marca, a second strike occurred on Wednesday, as a result of leaked recordings from 2012 in which Florentino refers to Cristiano Ronaldo as an idiot and Jose Mourinho as weird.

“He’s crazy,” Florentino said of Cristiano. “This guy is an idiot, a sick man. You think this guy is normal but he’s not normal, otherwise he wouldn’t do all the things he does. The last nonsense he did, the whole world saw it. Why do you think he does that stupid thing?”

With regard to Mourinho, Florentino honed in on his relationship with super-agent Jorge Mendes. “Mendes doesn’t control [Cristiano], just like he doesn’t control Mourinho. Zero weight. These are guys with a serious ego, both spoiled, and they don’t see reality because they could both earn a lot more money if they were otherwise inclined.

“These two are abnormal, because we’re talking about a lot of money in respect to image rights. Also, with that face they have, that defiant way, that everyone dislikes them; if the publicity is the opposite, it’s the opposite!”

Cristiano joined Real Madrid from Manchester United in the summer of 2009 and stayed for nine fruitful years until joining Juventus in 2018. During his tenure at the Santiago Bernabeu, the Portuguese earned four Ballon d’Or honors, as well as two La Liga championships and four Champions Leagues.