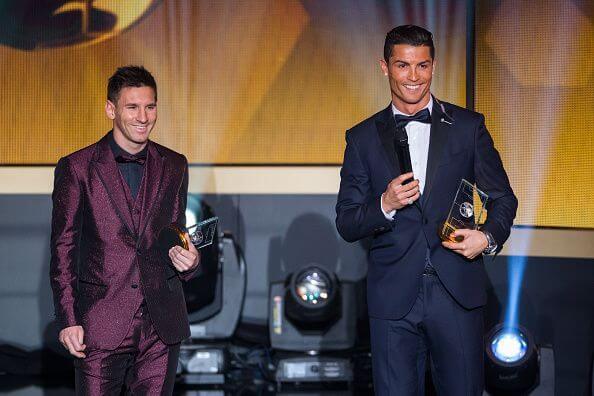 The 1987 Ballon d’Or winner and former AC Milan star has picked his best between the Argentine Lionel Messi and Portuguese Cristiano Ronaldo.

Both Messi and Ronaldo have taken the game of Football to a new level and the consistency over the last decade has put the two stars above the rest. The Argentine and the Portuguese both won five Ballon d’Or each before Luka Modric wins his first.

Both the superstars have shared a great number of records between themselves. As a result of which, both the players have been put in the long-standing debate of who’s the “greatest of all time”.

In the mid-week, both the superstars led their sides to the quarter-finals of UEFA Champions League with their individual performances. The pair recently share the record for most Champions League hat-trick.

Ronaldo singlehandedly overturned a 2-0 deficit against Atletico Madrid. The five-time Ballon d’Or winner scored a incredible hat-trick in the second leg to eliminate the Spanish side from the European competition. On the other hand, the Argentine superstar scored two goals and assisted two more to help Barcelona get past Lyon.

Despite Messi’s achievements over the years, former AC Milan star Gullit has picked Ronaldo as his ‘ greatest of all time’ with the argument that the Portuguese has proved himself in more than one leagues. Meanwhile, the Argentine has stayed in Spanish league throughout the years.

In an interview with beIN SPORTS (via Daily Star), the former Ballon d’Or winner said, “I think he is [the greatest of all time]. He won also with his country, European Championship. He has done it with all the clubs he has been at, Champions League also with Man United.”

“He’s been in three different countries, best footballer all the time. He won how many times the Golden Ball? Five times, six times? What he achieved for any team he’s played for is unbelievable. Messi couldn’t do it with Argentina, he’s been close. But it counts if you also do that.”

“Messi also can be there with all the best footballers but it’s a little bit the icing on the cake the fact that he played in three different countries and he’s done it.”

“He did it his way and you can only say ‘bow for this guy’ and say what a player, unbelievable. They all admire him for his work ethic, even now. He’s wanting to be more fit.”

Cristiano Ronaldo breaks down in tears during emotional interview