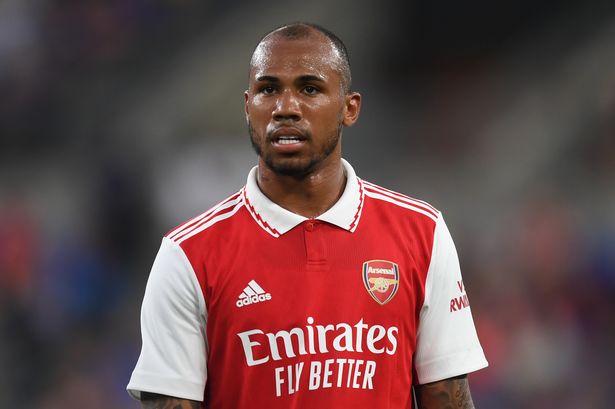 Mikel Arteta and Edu played their part in bringing him to London Colney, but Gabriel Magalhaes, his fellow Brazil international, revealed to Sky Sports that he also did his bit in convincing the player to join him at club level.

Gabriel Jesus to Arsenal could be remembered as one of the best signings of the summer transfer window.

The Gunners splurged £45 million on signing the Brazil international from Manchester City in July.

Jesus was considered surplus to requirements at the Etihad after their acquisition of Erling Haaland earlier in the summer.

The South American enjoyed an excellent competitive debut for Arsenal last week, inspiring them to a 2-0 victory away to Crystal Palace in the Premier League, one week after scoring a hat-trick in the Emirates Cup.

Come the end of the campaign, Gabriel Jesus to Arsenal might go down as a major bargain by the North Londoners.

He said: “Of course, it helps that we have the Brazilian link. When we were on international duty, we discussed his future and I was telling him, ‘Come to Arsenal! Come to Arsenal!’ Maybe I had a bit of an influence there.”

Jesus is certain to start against Leicester City this afternoon.

Brendan Rodgers’s side visit the Emirates and the Arsenal hitman will be hoping to open his account in a competitive outing.

For all his hard work at Selhurst Park, all that was missing was a goal, something he could rectify today.