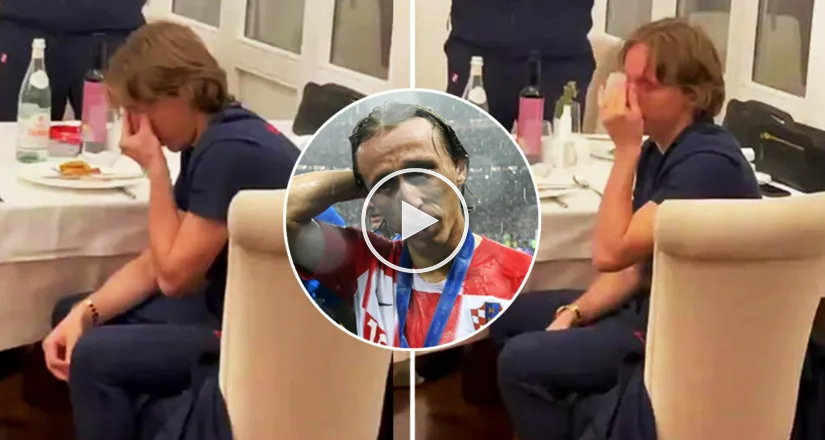 The 2018 Ballon d’Or winner has become Croatia’s most-capped player. He was given a standing ovation by his teammates and could not hold back the tears.

Luka Modric has earned his 135th cap for Croatia, becoming their record appearance holder. And after the game against Cyprus, he was given a long round of applause by his teammates after they watched the highlights of his best moments for the national team. And the flood of tears run down the cheeks of the Real Madrid midfielder as he could not hold back his emotions.

Modric is loved by all. His character shines through despite — and possibly as a result of — what he endured. When I asked his former manager at Dinamo Zagreb, Branko Ivankovic, about his first impressions of Modric back in 2006, Ivankovic didn’t speak about Modric’s technical abilities as what stood out to him.

“My first impression was about his personality,” Ivankovic said. “He was so young at that time, and had a very hard childhood.”

Modric has nearly hit 2000 minutes in the league this season already — good for 40th in the country, and third behind only Thibaut Courtois and Raphael Varane on the team. When the mainstream media discusses freak athletes who age well, few talk about Modric in the same light as they do with Zlatan Ibrahimovic and Cristiano Ronaldo.

Maybe Modric isn’t tall and built like a Greek God the way those two are — but he cares about his body in the same manner. His work ethic is second to none.