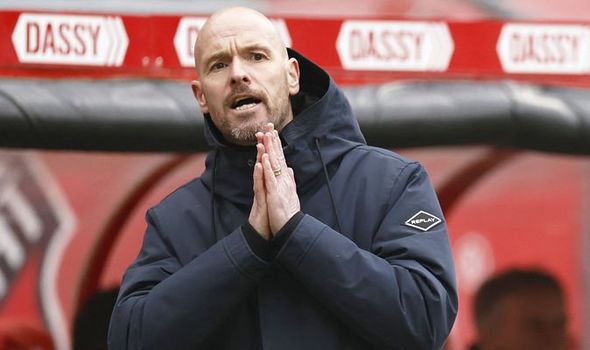 Manchester United have hit a road block in attempts to sign winger, with Ajax setting a £69 million fee, The Times report.

De Telegraaf report Brazil international Antony is frustrated as he feels Ajax’s price tag, which works out at 80 million Euros, is ‘disproportionate’.

United’s need for an attacker is set to increase amid Cristiano Ronaldo’s reported desire to leave the club this summer [BBC].

Van der Kraan likened the £69 million fee to release clauses put in place by top Spanish teams, which clubs insert as a deterrent to potential suitors, rather than ever expecting them to actually be paid.

He explained: “It [Antony] is a very good option for Erik ten Hag, and he knows him. He knows he’s a top player, he’s had some cracking performances in the Champions League, in the big games in Holland, he’s always been electrifying. I think he would be a good choice.

“The fact Ajax have put that €80m tag on him does not mean they actually expect to get that, that was to scare people off, they might accept €60-65m, surely affordable for Manchester United once Ronaldo’s wages are out the way.”

60 million Euros works out at just over £50 million, a far fairer fee for the 22-year-old forward.

United would far rather have Antony to play alongside Cristiano Ronaldo, than lose the striker, but this might not be a situation the Red Devils can control.

Ajax’s stance on Antony seemed extreme, to demand £69 million, and it is encouraging to hear they could climb down from this stance. United may soon decide to put this to the test.