Erik will be acutely aware of the magnitude of the work ahead of him at United after watching United’s 1-0 defeat at Crystal Palace on Sunday.

On the final day of the 2021-22 season, the Dutch coach, 52, was in the stands at Selhurst Park to watch his new players.

United suffered their 12th league defeat of the season, with Wilfried Zaha scoring the game’s only goal.

Ten Hag, who left Ajax after five brilliant seasons at the Johan Cruyff Arena, deserves credit for believing in his ability to repair United.

It will surely take a long time for things to improve at Old Trafford, where standards have fallen to new lows since Sir Alex Ferguson’s departure.

Gary Cotterill, one of Sky Sports’ lead reporters, attempted to speak to Ten Hag after his appearance at Selhurst Park on Sunday.

Ten Hag was guarded by security as he made his way to a car and it led to one incredibly awkward video, which is currently being shared on social media.

Cotterill asked Ten Hag: “Are you excited to get started? You must be wanting to get stuck in straight away?”

His attempts to get the microphone closer to Ten Hag were thwarted by the security guard, who was having none of it.

Agitated by the security guard, Cotterill said: “Don’t push me, you’re on television.”

He added: “It’s not good being man-handled by security, Erik. Man United are a big club.”

“Don’t push me, you’re on television. It doesn’t look good being handled by security, Manchester United are a big club Erik!”

Erik Ten Hag and his security guy not impressed with Gary Cotterill welcoming him to the Premier League #mufc pic.twitter.com/3g1fW7x1xV

Ten Hag was clearly in no mood to speak. He must have had a million and one things racing through his mind after watching his new team struggle against Palace.

His job on rebuilding the team starts now – and make no mistake about it: he’ll be under pressure to deliver improvements from day one of the 2022-23 season. 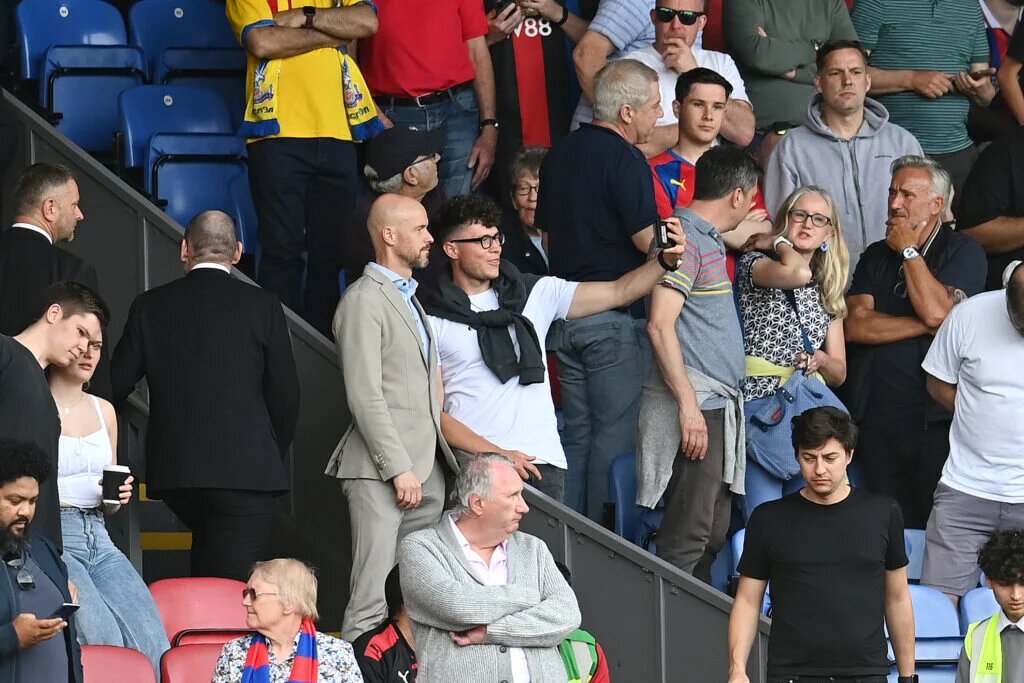