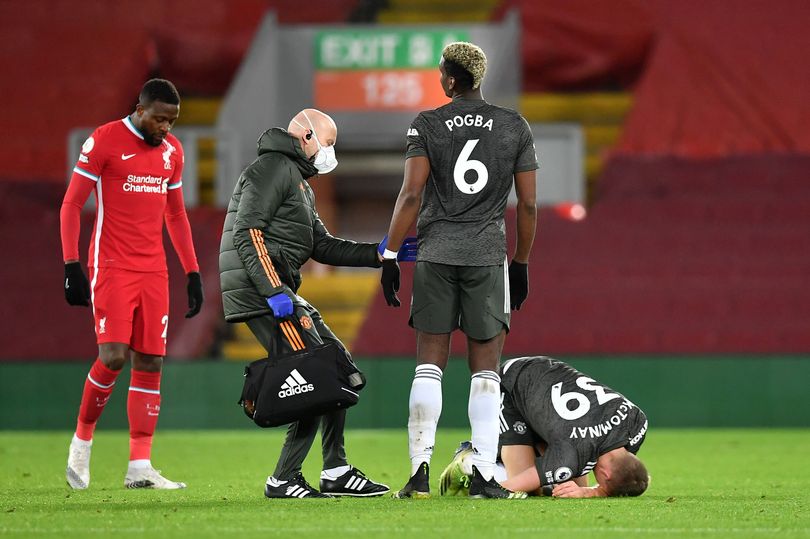 Manchester United staff & players are awaiting for the results of their covid tests they had on Monday after the Premier League draw against Liverpool.

United were still waiting for the results of their coronavirus tests at the time of Ole Gunnar Solskjaer’s team news bulletin.

Solskjaer said Manchester United players had been tested on Monday morning at their Carrington training complex but the club were yet to receive the results of the tests.

Brandon Williams and Phil Jones were the only players who did not participate in the Tuesday training session ahead of travelling to Fulham for United’s Wednesday night fixture.

“Well, we’ve not got the test results from COVID and it’s almost 30 hours ago since we did the testing,” Solskjaer said. “So hopefully we get them soon. Everyone trained this morning, more or less. Brandon and Phil Jones didn’t train and the rest were on the pitch.”

Solskjaer was insightful in outlining the only aspect of the United manager’s job he does not relish: telling players they are not playing. Eric Bailly and Edinson Cavani were unfortunate not to start in the weekend draw with Liverpool and Donny van de Beek has been restricted to two Premier League starts all season.

“Of course I’m enjoying it, I wouldn’t do it if I didn’t and if I didn’t feel up to it and I didn’t feel I was giving something back to the club,” he explained. “I can’t say there’s a lot I don’t enjoy.

“I don’t enjoy leaving players out. I think it’s hard, for big games, you have players who deserve to play, it’s a difficult job to tell them they’re not in a job on Sunday afternoon and then on Monday morning they’re back in a job.

“The chat before to explain why they don’t play is never an easy one when I don’t really have a good reason behind it when I could give them so many reasons to be playing. But that’s what I love about the job as well: working with human beings. That’s the main job, to get the job of individuals so we can be a strong team together.”