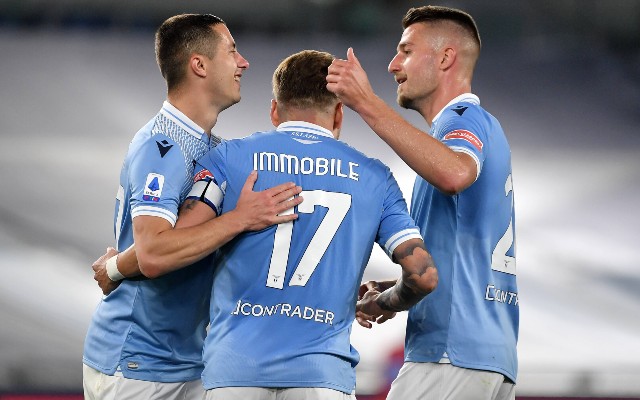 Liverpool and Manchester United may have to spend up to £60 million to sign Lazio midfielder this summer.

The Serbia international has long looked like a great player in Serie A, and it will be intriguing to see what he can accomplish with one of the Premier League’s best clubs.

According to Fabrizio Romano in an interview with The Laziali, Liverpool and Manchester United have both expressed interest in Lazio midfielder in recent times, albeit no discussions have yet taken place.

Another update from Calciomercato, as translated by the Daily Mirror, claims that Lazio midfielder will command a fee of approximately £60 million this summer.

That might be a steal for such a talented player, who could be a crucial addition at Anfield following the departure of Georginio Wijnaldum and Naby Keita’s lack of effect.

In 247 games with Lazio, the 26-year-old has a respectable record of 47 goals and 38 assists. However, his consistent upward trajectory has drawn the who’s who of European football, and Milinkovic-Savic is attracting interest from Liverpool and Manchester United during the current summer transfer window.

Manchester United may also profit from bringing in Milinkovic-Savic as a replacement for the ineffective Paul Pogba, while Donny van de Beek has struggled to make an impression at Old Trafford since signing from Ajax last summer.

Manchester United & Chelsea To Battle It Out To Sign Wolves Man