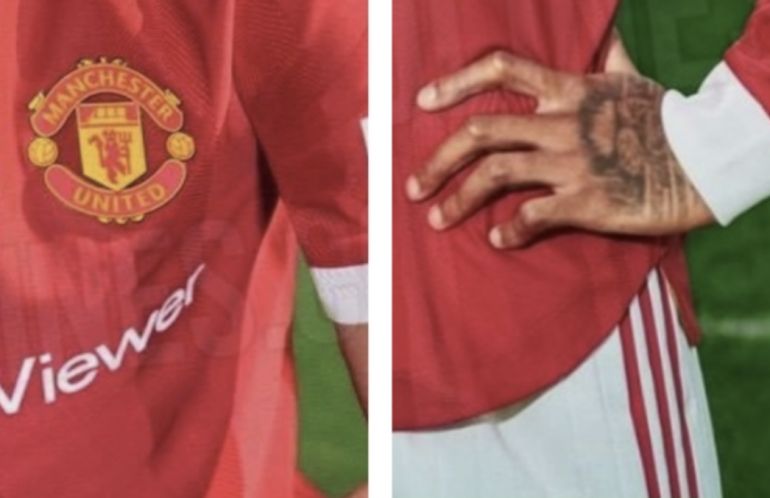 Images of a trio of Manchester United stars donning the Red Devils’ new home kit have been released ahead of the upcoming 2021-22 season.

Although it has yet to be announced, United’s next flight will undoubtedly have a new sponsor following an agreement with internet behemoths Team Viewer.

In the alleged ‘leak,’ Marcus Rashford, Paul Pogba, and Bruno Fernandes can be seen wearing the newest United jersey, and the shirt is modern and basic in appearance, employing the colors’real red’ and ‘off-white’ in the current design from manufacturer Adidas.

United’s 2021-22 domestic season will kick off on 14 August where they will host Leeds United at Old Trafford.

Prior to that, United’s pre-season friendly campaign begins on July 18th against Derby, with a formal announcement on the new uniform to follow.