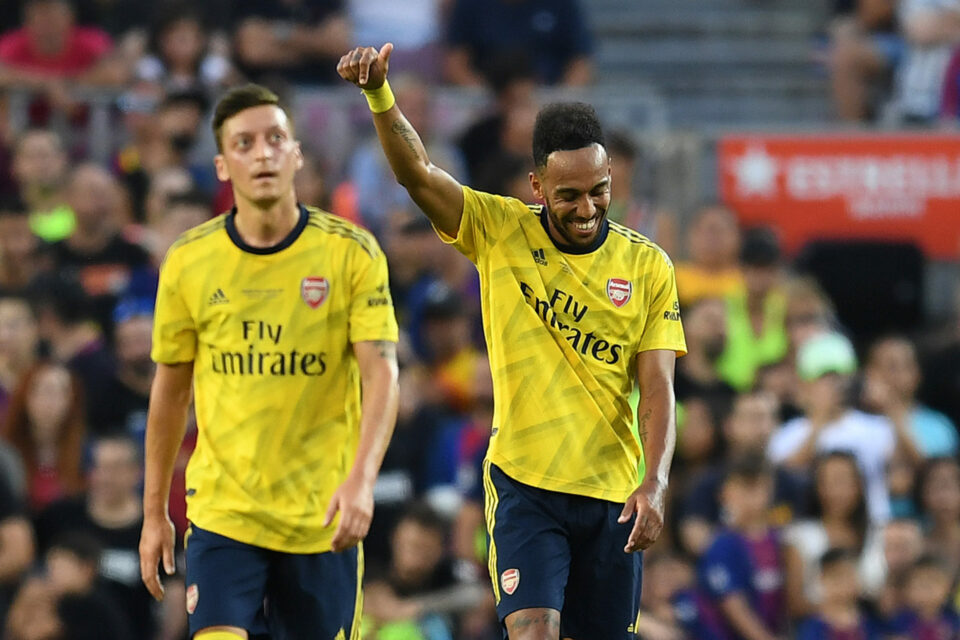 In December, the Gabonese star had a falling out with Mikel Arteta. Aubameyang’s captaincy was revoked by Arsenal, and he was moved out of the first-team squad.

It was evident that there was no turning back for Aubameyang, and he had to make a choice. He agreed to cancel his contract and move on, which is in the best interests of all parties concerned.

Mesut Ozil sends a message to Pierre-Emerick Aubameyang following his departure from Arsenal.
Aubameyang turned to Instagram shortly after his departure was revealed to bid farewell to Arsenal supporters after four years at the club.

The 32-year-old thanked all of his fans for their support and stated that he is disappointed and upset that he was not given the opportunity to say a ‘true farewell.’ He also wished the club and its players well in the future.

A lot of individuals reacted to Aubameyang’s post, including Mesut Ozil, whose contract at Arsenal was also terminated following a disagreement with Arteta during the 2019/20 season.

The German replied saying: “All the best bro.”

Arsenal have to stop terminating contracts

Aubameyang is the sixth player in the previous two years to have his contract cancelled by the club, following Mesut Ozil, Sokratis Papastathopoulos, Shkodran Mustafi, and Sead Kolasinac.

That is just awful management on the part of the club, and while Arsenal had their reasons and were probably correct in doing so, this is simply not sustainable in the long run.

Edu, Arteta, and Richard Garlick must put a halt to this immediately. The Gunners cannot keep letting players leave for nothing season after season. If they do, they will pay the price sooner rather than later.