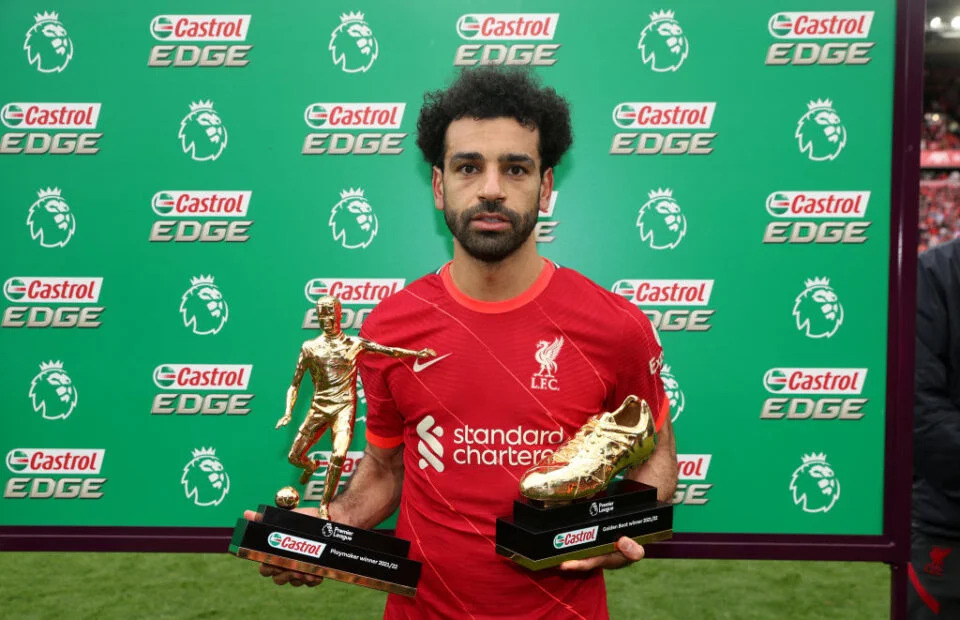 Liverpool‘s quadruple dream is officially over.

On an epic final day, Manchester City secured their fourth Premier League title in five years with a 3-2 comeback victory over Aston Villa.

Pep Guardiola’s side were 2-0 down at the Etihad Stadium, but rallied in the second half to score three priceless goals.

A brace from Ilkay Gundogan and a strike from Rodri were enough for City to finish one solitary point above Liverpool in the table.

It was gutting for Jurgen Klopp’s side, however, there were still positive vibes at Anfield on Sunday thanks to the team’s 3-1 win over Wolverhampton Wanderers.

Liverpool fell behind very early on to a counterattack goal by Pedro Neto, but Sadio Mane, Mohamed Salah and Andrew Robertson saw to it that the team bowed out with a victory.

Salah’s goal that made it 2-1 on the day was his 23rd of the Premier League campaign, which saw him share the Golden Boot award with Tottenham Hotspur‘s Heung-min Son.

Liverpool’s Egyptian King also finished with the most assists and therefore scooped the Playmaker of the Season award.

The winger was clearly still annoyed by the fact that City had beat Liverpool to the title and he barely cracked a smile as a result.

Take a look at the footage…

Mo Salah wins the play maker award and the Golden boot ?? What a season pic.twitter.com/Dii8mNrN2M

The former AS Roma man and his teammate still have a Champions League final against Real Madrid to look forward too, though, and that could see them complete a marvellous treble.

Liverpool have already won both the FA Cup and Carabao Cup, beating Chelsea on penalties in both finals.

They will go into the Champions League’s finale as the favourites as well, although when it comes to European competition, Real Madrid can never, ever be underestimated.

Manchester United Eyeing Up A Move For Atlético Madrid Star