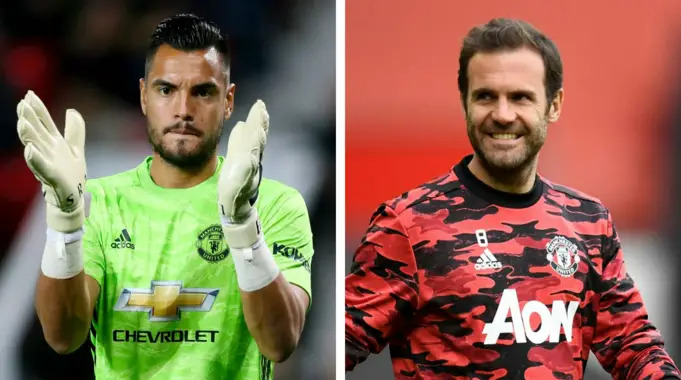 The 34-year-old Argentine made just 7 league appearances for the Red Devils but racked up 54 games across the cup competitions. His last match for United was in the 2019/20 season.

Each year clubs announce a list of retained players, and this year the two biggest names are first team goalkeepers Romero and Pereira. The other six players are all from the club’s youth team.

At the same time, Juan Mata is in talks with the club over a new contract. The same goes for two keepers, Lee Grant, 38, and Paul Woolston, 22.

The Spaniard made just 9 appearances this past season but apparently, he wouldn’t mind extend his stay at the club he joined in January 2014.

Who has been released?

Sergio Romero has fallen down the pecking order at Old Trafford following Dean Henderson’s return, and his camp tried to get him a move away in the last two transfer windows. The Argentine has not been involved all season after making 61 appearances for the club since signing in 2015.

Pereira has made one senior appearance and has had six loan spells away from the club, with his most recent being at Huddersfield Town.