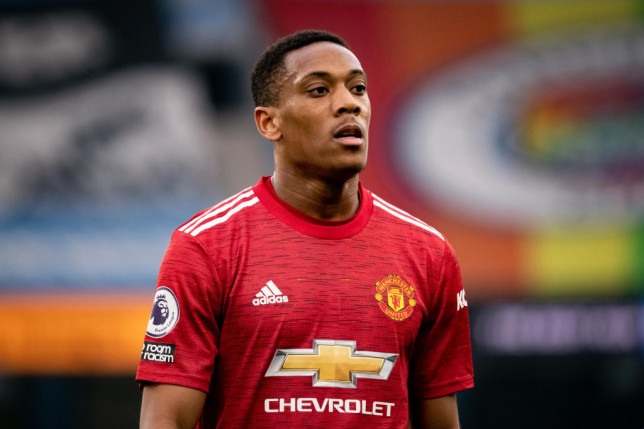 Inter Milan have shown interest in the 25-year-old in recent days, with the Italians looking to replace the Chelsea-bound Romelu Lukaku.

With the arrival of Jadon Sancho in a £73 million transfer and the return of Jesse Lingard, Martial is unlikely to be a regular starter next season and may fetch up to £50 million if sold on the free market.

United want to recuperate some money after spending £110 million on Sancho and Raphael Varane so that they can fund transfers in other key areas, such as central midfield and right-back.

Manchester United have no plans to transfer Anthony Martial this summer and will not entertain any bids for the Frenchman.

However, according to the Telegraph, Solskjaer wants to keep Martial and has no intention of letting him leave the club this summer.

The Norwegian believes that United’s small squad cost them at the end of last season, and he wants to keep Martial to give him alternatives up front and on the flanks.

According to the source, Diogo Dalot will also be given an opportunity to flourish this season.

The Portuguese defender was anticipated to depart after excelling on loan at AC Milan, but the Italians are unable to meet United’s £20 million asking price, while the Red Devils are also battling to secure Atletico Madrid’s Kieran Trippier.

Trippier’s contract in Madrid expires in a year, and while the club has the option to extend it for another year, United see little value in signing the 30-year-old for £30 million.

Dalot has pleased United’s coaching staff with his fitness levels throughout pre-season, and he presents a bigger attacking threat down the right than Aaron Wan-Bissaka, while also being capable of playing left-back.