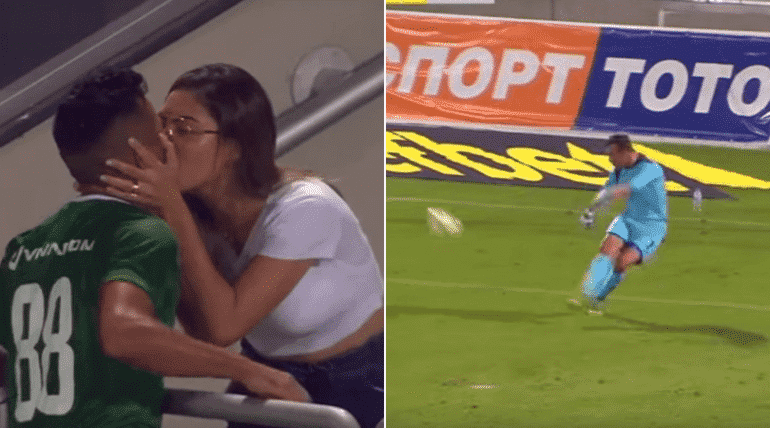 Player celebrates ruled out goal by kissing his wife in the Bulgarian league.

Ludogorets were held by Slavia Sofia in the Bulgarian top-flight league. It was a boring game, but there was a hilarious moment which came to supporters notice.

In the 79th minute of the game, Brazilian midfielder Wanderson tapped the ball in from close range. The 31-year-old believed he had scored the goal, but it was overturned by the linesman, ruling him after the goal was adjudged to be scored from an offside position.

With no knowledge about the goal being ruled out, the midfielder jumped the advertisement boards to celebrate with his wife by kissing her.

PLAYER KISSING HIS WIFE WHILE THE GOAL WAS RULED OUT

Watch the video of the player celebrating his wife, while the goal has been overturned.

To make things worse, the midfielder was in an onside position when the headed the ball inside the back of the net. The goal should have stood and the linesman made a blunder.

Ludogorets were held by Maribor in the first leg for stalemate and face a daunting task away from home in Slovenia this week.

Ludogorets have qualified for the Champions League on a couple of occasions, but they are most likely to take part in the Europa League or fail to qualify this campaign.