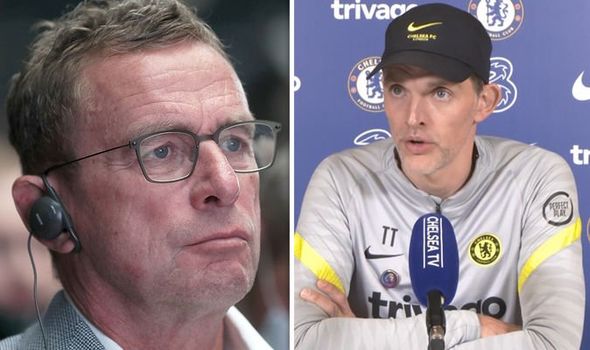 When it comes to injuries, Thomas Tuchel has led Chelsea to the top of the standings.

Chelsea manager Tuchel claims his team would have been closer to winning the championship if key players had not missed games. And fresh information backs up his claims, revealing that the Premier League paid out more than any other major European league, with injuries costing teams a record £89.82 million.

Premier League teams also had more injuries than any other European top league, with 659 injuries recorded in the data collected from the start of the 2021/22 season through the weekend of January 18. The cost is calculated using player earnings and the number of days they were absent, according to a study conducted by data specialists Howden Sport and Entertainment for the publication Feeling The Strain.

Wolves had the fewest injuries, with only 15, while Crystal Palace was the only team with injuries costing less than £1 million, with 16 totaling £860,000. Covid had a significant influence as well, with 81 players testing positive in December, costing teams £14.2 million, or 62% more than the entire 2020/21 season.

But, as if Tuchel didn’t already have enough on his plate with the club up for sale, the impact of injuries on his team has been startling. Romelu Lukaku, the club’s record acquisition for £97.5 million, Reece James, Ben Chilwell, and Christian Pulisic are among the notable absentees. 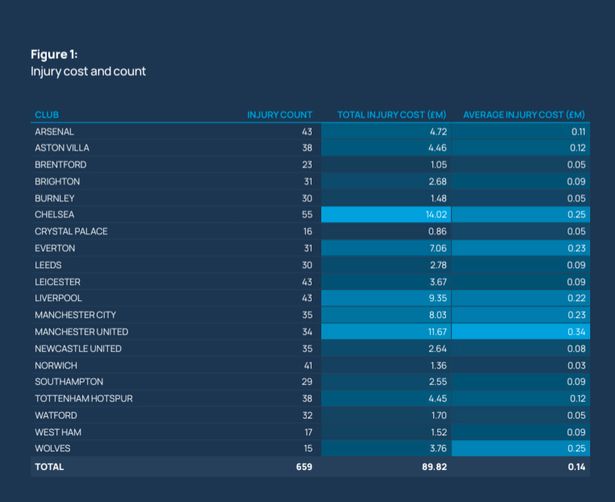 They were supposed to be title challengers this season and yet have fallen short but have somehow kept going in the Champions League and FA Cup. Tuchel was furious earlier in the season when Chelsea were made to play games despite Covid cases and a crippling injury list – and now you can see the full impact on his squad.

James Burrows, who is Howden’s Divisional Director of Sport & Entertainment, said: “Injuries are part of football and we have seen, over the last two years, there are a number of factors that influence how often they occur and how big a financial impact they have on clubs.

“When a player misses matches his wages are still paid and so injuries – even before you begin to consider the cost of treatment – are a significant financial risk as well as a potentially negative influence on team performance. What has been interesting to note for the EPL is that the month of December was the worst for soft tissue injuries, which correlates with the highest Covid-19 count.

“One potential explanation for this is that absences and disruption placed additional strain on healthy players, forcing them to play more frequently and for longer. An alternative is that players returning from Covid-19 weren’t at full match fitness before returning to competition.

“Either way, with rescheduled matches filling all the breathing space in an already compressed second half of the EPL season, high rates of soft tissue injuries are likely to continue through the rest of the season.

“Ultimately, our research and analysis provides a fresh analysis for Europe’s top clubs as they continue to talk to the game’s governing bodies about planned reforms to football’s calendar and the clear impact the pandemic has had on the world’s leading players.”