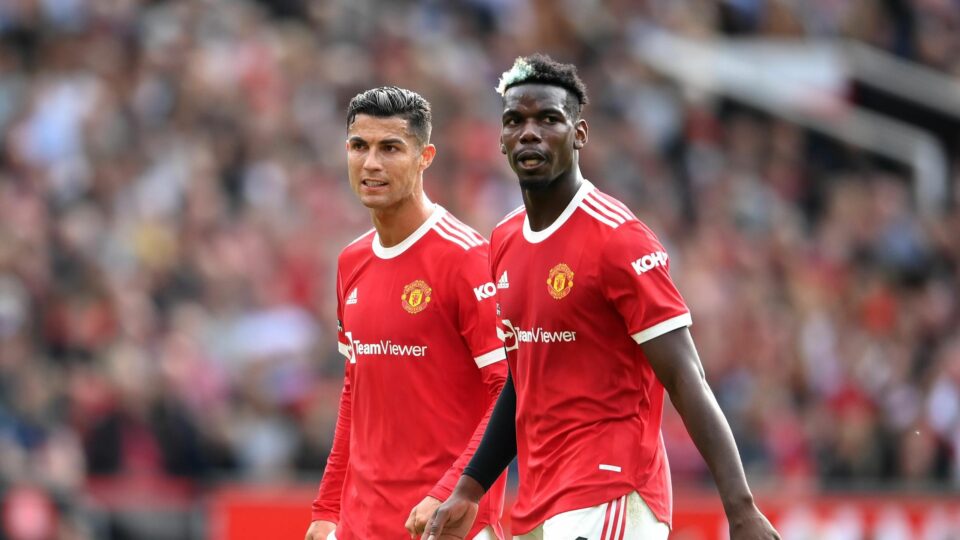 Pogba and Ronaldo are concentrating on Manchester United’s next “important week.”

Manchester United’s players stepped up their preparations for this week’s derby against Manchester City at Carrington on Wednesday.

United’s players were photographed on the practise fields as the squad prepares for Sunday’s crucial Premier League match at The Etihad Stadium.

Manchester United is in a close fourth place in the table. Arsenal will have overtaken United before kick-off against City if they win their earlier game away at Watford on Sunday. They still have two games in hand.

Because of the points United has squandered recently, Ralf Rangnick’s team will need to win against City to make up for the Watford encounter.

Manchester United’s players appear to understand the significance of the approaching match, with prominent names like Paul Pogba and Cristiano Ronaldo sending out Instagram messages to talk about their attention on the impending match.

Scott McTominay returned from sickness in the practise, giving United a boost after missing the previous two games against Atletico Madrid and Watford.

McTominay started against City last season and is expected to be named for the derby if he can convince manager Ralf Rangnick of his health.

Manchester United’s players must show more fight in this game than they did in the dreadful encounter against Manchester City at Old Trafford in early November.

Manchester City won 2-0, but their dominance made it feel like 6-0. On a gloomy afternoon at Old Trafford, United had one chance at goal and rarely saw the ball, utterly outplayed.

United do have a good record away from City, and Pep Guardiola will be focused on putting that right, especially with Liverpool closing in on them in the title race.

Ralf Rangnick will be hoping for a memorable day in his first and possibly only Manchester derby.