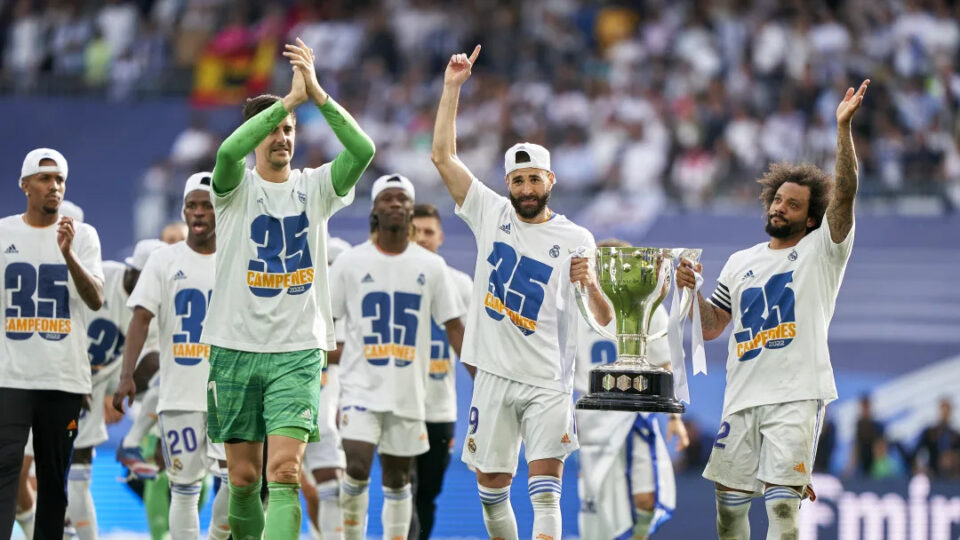 Real Madrid will play Manchester City in the second leg of their heavyweight semi-final on Wednesday night, with the goal of reaching the Champions League final.

They’ll have to turn things around after losing the first leg 4-3 in an epic classic in Manchester, but they’ll be confident after winning La Liga. With four games left to play, a 4-0 hammering of Espanyol secured the deal.

City, who are now top of their domestic standings, are coming off a 4-0 win and have scored 16 goals in their past four games, so this should be an exciting match.

This is how Carlo Ancelotti would set up his team.

GK: Thibaut Courtois – One of just a few players that have enabled Real to recapture their usual success this campaign courtesy of some stunning goalkeeping throughout the season.

RB: Dani Carvajal – Hasn’t missed a second of his side’s last three European ties and, having been an unused substitute last time out, should be set to continue.

CB: Eder Militao – Can come back into the side having served a domestic suspension for the victory over Espanyol last time out.

CB: Nacho: With David Alaba still not expected to return in time for this one, the experienced Nacho could get a start.

LB: Ferland Mendy – Rested last time out, but the first-choice left-back should be in line for a recall.

DM: Casemiro – Real’s midfield backing cast is really coming good at the moment but, despite the likes of Eduardo Camavinga and Dani Ceballos starring in recent weeks, we should see the classic fearsome trio for this one, starting with the immoveable Casemiro in front of the back four.

CM: Luka Modric – The veteran is in line for his 98th Champions League appearance in the famous all-white strip.

CM: Toni Kroos – Should cap off this experience-stacked midfield, in which Ancelotti has no issue with putting all of his trust.

RW: Rodrygo – Has exploded in recent weeks, and deserved to retain his place with four goals and two assists in his previous six across all competitions.

ST: Karim Benzema – The Frenchman has simply maintained an incredible level in what has been an obscene season; heading into this game having scored 14 Champions League goals in ten appearances.

LW: Vinicius Junior – In splendid form at the moment and should come back into the starting XI having scored at the Etihad last week.