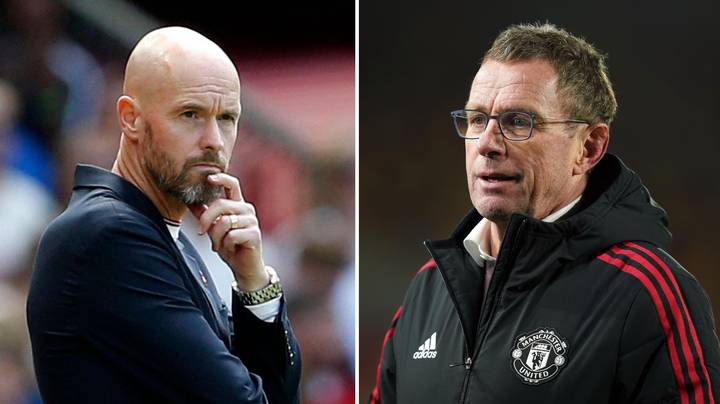 Former Manchester United interim boss Ralf Rangnick has warned Stuttgart forward against making a move to Old Trafford and suggested he should remain at his current club.

The Red Devils are desperately in need of more firepower up top and were forced to start the new Premier League season with Christian Eriksen playing as a false nine due to Anthony Martial’s injury and Cristiano Ronaldo’s lack of sharpness.

Manchester United were linked with a surprise move for Bologna’s 33-year-old forward Marko Arnautovic, though the move has already collapsed amid a backlash from fans.

Another Austrian is also rumoured to be on United’s radar, with Stuttgart’s Kalajdzic – who only has one year left on his contract – attracting interest from a host of European clubs including the Red Devils.

Manchester United are also weighing up a move for PSV’s versatile forward Cody Gakpo, with both the Dutch winger and Kalajdzic appearing to be secondary targets after missing out on their first choices.

Ralf Rangnick, who is now head coach of the Austria national team, does not seem particularly enthused by the prospect of his main man going to a club where he will only be a backup option and has suggested Kalajdzic should remain at Stuttgart.

Asked about the speculation surrounding the 25-year-old, Rangnick told Sky Germany: ‘It is important that Sasa remains injury-free this season and trains and plays at the highest possible level.

‘If he stays in Stuttgart this season, it will not be detrimental to his development.’

The towering striker, who is more of an old-fashioned number nine, scored six goals and laid on two assists in 15 Bundesliga games last season but missed a large chunk of the campaign through injury.

In the 2020/21 season, he netted 16 goals and laid on five more while he also impressed at Euro 2020, notably giving eventual champions Italy a host of problems in the last 16.

Kalajdzic is keen to have his future sorted out one way or another, telling DAZN recently: ‘I don’t know myself how my future will turn out but that will become apparent in the next few weeks or as soon as possible, but I can’t influence many things either.’

The Austrian was looked at by Borussia Dortmund and Bayern Munich earlier in the window, though both clubs opted to sign other attackers instead.

With just one year left on his contract, Kalajdzic is thought to be available for a fee of around £20million.

United are set to be very active over the coming weeks before the transfer window slams shut, with the club still looking to bring in two new midfielders – with talks for Adrien Rabiot well under way after an unsuccessful pursuit of Frenkie de Jong – as well as a winger and backup forward.