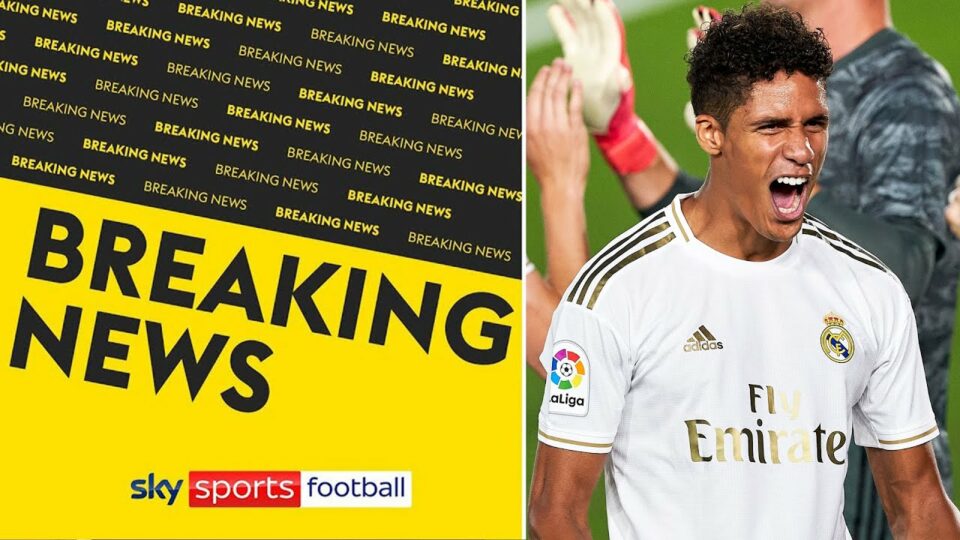 Raphael Varane has yet to go to England to finalize his transfer to Manchester United.

Manchester United have agreed to sign the centre-back from Real Madrid in a deal worth approximately £40 million, and he was scheduled to go to Manchester on Monday to finish the talks and sign a contract.

However, as The Telegraph points out, that has yet to happen since he is still waiting to be granted the visa required to work in England.

There’s no telling when that visa will come, but there’s no chance of this relocation falling through. Varane will obtain his visa eventually; all he has to do now is wait.

To make matters even more complicated, once Varane arrives in England, he will have to enter quarantine before being allowed to have his physical and sign his contract, thus the deal for Varane might be delayed for at least another week.

United will off their Premier League season on August 14 against Leeds, and the expectation is that Varane will be ready to play a key part in that encounter.

Varane will be looking forward to reuniting with fellow Frenchman Paul Pogba, with whom the centre-back chatted ‘at length’ about life in Manchester before the Varane move was completed, according to The Athletic.

We have agreed a deal in principle for the transfer of @RaphaelVarane to United! ?⚪️⚫️#MUFC

It’s unclear how long the two will spend together in Manchester. Pogba has reached the final year of his contract at Old Trafford, and insiders have told 90min that the midfielder intends to weigh all of his alternatives before making a definitive choice on his future.

PSG are likely to make a formal move for Pogba this summer, while Real Madrid and Juventus would be interested if he became a free agent the following year.

Pogba has not ruled out staying at United, which he wants to see become a true Premier League title contender, but whether those in control at Old Trafford will take the risk of allowing him to run his contract down is another question.