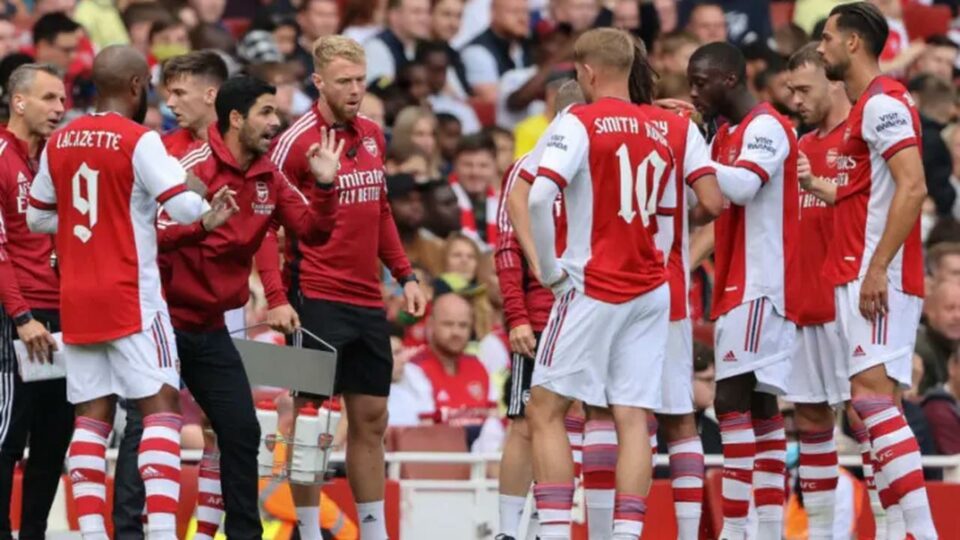 Arsenal face another big test this weekend as they prepare to take on Leicester City at the Emirates Stadium.

The Gunners are now in a commanding position in the top four race, but with Manchester City to come after the Foxes clash, Mikel Arteta’s men will need to be at their best to protect the advantage they have amassed.

In the meantime, work will be going on behind the scenes to sound out potential new players for Arteta to turn his squad into one that can compete in the Champions League.

Real Madrid are being linked with a move for Arsenal star Kieran Tierney ahead of this summer.

The Spanish giants have been keeping close tabs on Arsenal, with scouts initially checking in on the progress of England international winger Bukayo Saka.

Saka did impress, but another player to catch the eye was 24-year-old left-back Tierney, who was watched in action throughout January and February.

Real are looking for defensive reinforcements, and they believe Tierney – who can also play centrally as well as at left-back – could be just the sort of versatile player they need for their squad going forward.

Sources told that Real’s highly acclaimed chief scout Juni Calafat has watched Tierney himself and liked what he saw, and now Real are very much considering a move for the defender.

Tierney eventually settled into life at Arsenal and has become one of the top performing left-backs in the Premier League, signing a new long-term deal last summer.

Should the Gunners show any willingness to sell or the player angles for a move then it is believed Rodgers will again make his interest known, but it may be a tough deal to get done for the Foxes if Real do indeed decide to make a move.