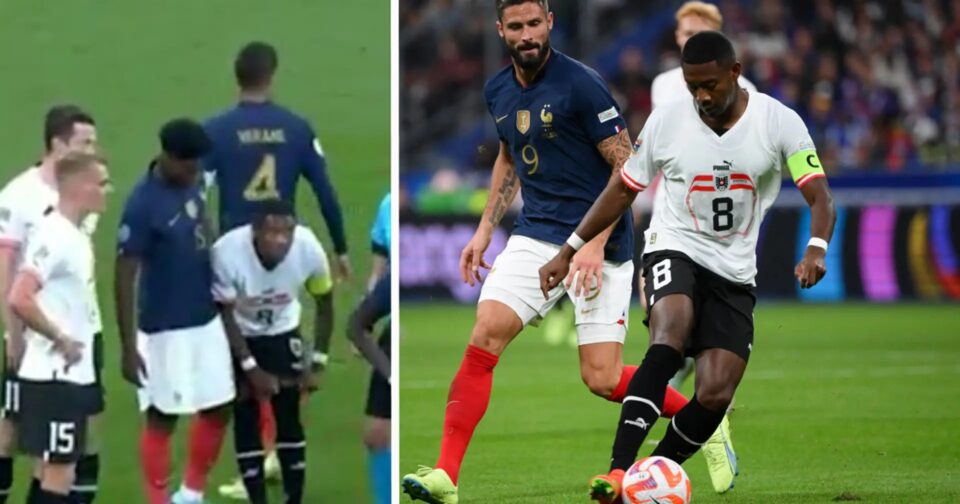 Real Madrid fans must have had their hearts in their mouths when David Alaba was forced off the pitch on the 70th minute of Austria’s game against France. While him jogging to the bench was some consolation, there were still fears that the defender might have to spend time on the sidelines, which would have been a big blow for Carlo Ancelotti’s side.

Alaba arrived on a free transfer last summer when his contract at Bayern Munich ran out and it is safe to say that he has established himself as an important part of this Real Madrid team.

Alaba is a regular starter, capable of playing at both centre-back and left-back with equal ease, and he played a major role in Real Madrid’s Champions League triumph in the previous campaign. Thus, him being injured would be a worry for the club to say the least.

Thankfully, it does not look like it is a major issue. It has been rumoured that Alaba is doubtful for Austria’s next game. But as reported by Marca, he is uninjured and will continue to be a part of his national team’s camp.

It is safe to say that the news will come as a relief for Real Madrid, as Alaba has been in excellent form this season and it is Eder Militao who seems to be competing with Antonio Rudiger for a starting berth.

Also, Alaba’s flexibility makes it possible for all three to play together in the same line up, with the Austrian moving to left-back.

Whatever may be the case, even if Alaba did need to take some days off to get back to peak fitness, Real Madrid have the depth in the position to deal with it. A great situation to be in.

Reports: Tension arise in Madrid as Sergio Ramos asks to leave the club