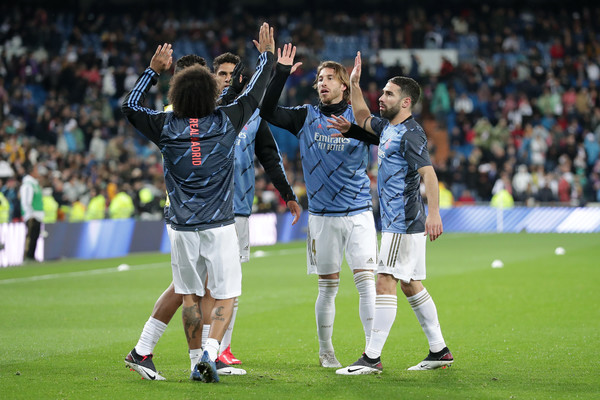 There has been a significant boost in Real Madrid on Monday as central defender has speeded up his return to first-team action.

It is a speedy recovery from the micro-tear suffered in the adbuctor muscle in his right leg last week although he is not thought to have recovered in time to feature against Granada in La Liga this midweek.

However, he does aim to be back to face Athletic Bilbao this coming weekend and will also be involved in the final game of the campaign against Villarreal.

It is a timely boost for Madrid who are also currently without captain Sergio Ramos through injury while right-back duo Dani Carvajal and Lucas Vazquez set to miss the remainder of the campaign. Eder Militao and Nacho Fernandez have formed the central defensive duo in recent weeks.

The center-back, who missed the matches against Chelsea and Sevilla, has a difficult time reaching Granada, but he does aim for Bilbao.

As outlined by Diario AS, the Frenchman returned to training on Monday by playing on the grass and could be back in action as early as the weekend.

Varane is already jogging on the Valdebebas grass and shortens steps in his recovery after suffering a micro-tear in his right adbuctor last week that prevented him from playing against Chelsea and Sevilla and which will probably also prevent him from being against Granada this Thursday.

In the gym and with the physiotherapists, Lucas, Carvajal, Ramos and Mendy were working on their respective recoveries.

Will Karim Benzema Really Miss Clasico due to court trial?