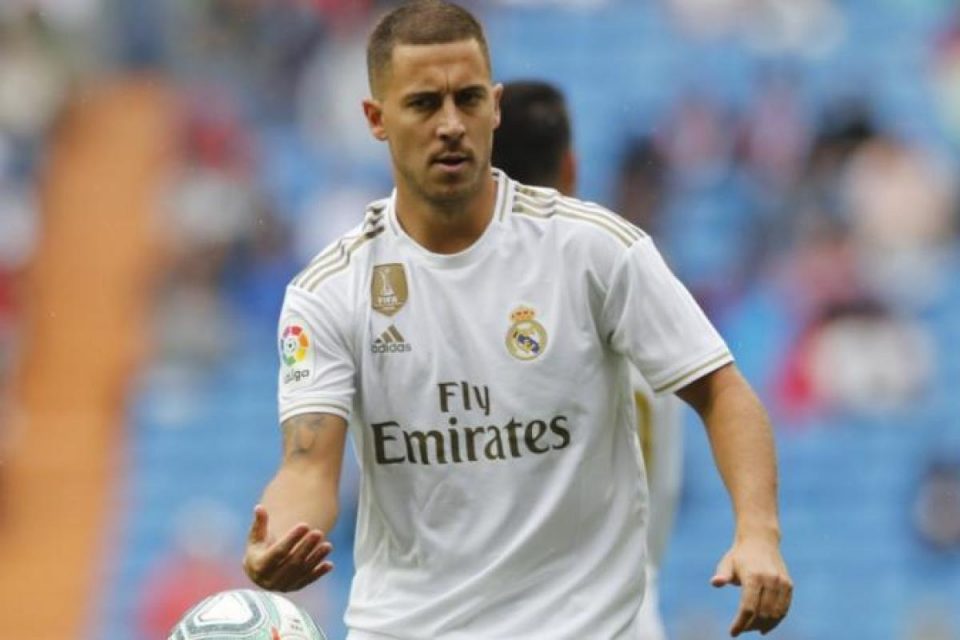 The Champions League is just around the corner and as Real Madrid prepare to mount a comeback against Manchester City in the 2nd leg of the round of 16 clash, Eden Hazard was interviewed by UEFA.com.

When asked what was his favorite goal he’s ever scored in the Champions League, the 29-year old Belgian responded, “That’s easy because I didn’t score a lot, but I think my first goal [0-3 Schalke vs Chelsea, 2013].

“The first one is always special, you know. Away in a big game, we played a fantastic game. I could and should have passed to Fernando Torres, but I did it myself, so I was lucky that the ball went in.

Eden Hazard jokingly went on to say, “I think he [Torres] was waiting for his hat-trick so it was my bad – sorry, Fernando.”

When asked what were his  favorite goals he’s ever seen scored in the competition, he pointed to 2 goals scored by Real Madrid during the 17/18 UCL campaign,  “Cristiano [Ronaldo] against Juventus [in the quarter-finals in 2018]. In front of my TV, I was like, ‘Wow! What a goal!’. Gareth Bale, also, against Liverpool in the [2018] final. Wow! All of them are really good”

Both goals were stunning bicycle kicks; Ronaldo’s being in the quarterfinals 1st leg which aided Madrid to a 3-0 win over the Old Lady and Gareth’s Bale in the final against Liverpool leading Madrid to a 3-1 victory to secure their UCL 3-peat. These goals are sure ones that will be remembered for ages to come.