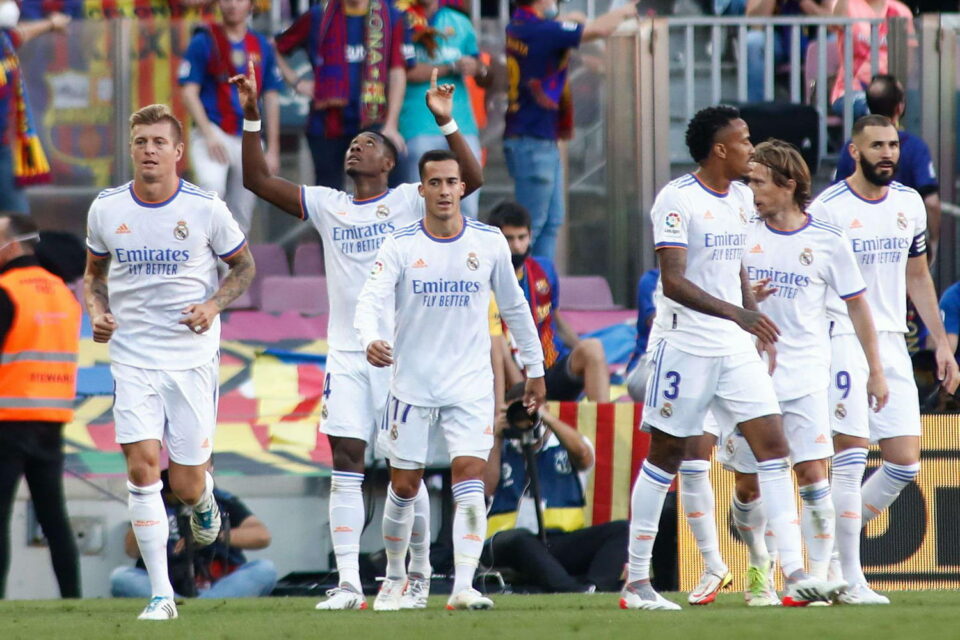 Real Madrid’s Defender is unlikely to be fit for Champions League semi-final second leg against Manchester City on Wednesday.

The 29-year-old was substituted at halftime of the first leg, which City won 4-3, after complaining of groyne injury. He did not play again this weekend as Real won La Liga with a 4-0 thrashing of Espanyol, but he did bring his trusty chair to the post-match celebrations.

He was anticipated to miss the Espanyol game in the hopes of being well enough to face City, but things haven’t gone as planned, and Alaba is very probably not going to make it.

David Alaba did not train with the rest of the Real squad on Monday morning, with AS noting that he was inside with both Gareth Bale and Eden Hazard to work on his recovery from injury.

It’s stressed that Alaba has not yet been formally ruled out, with the club prepared to give him as much time as possible to prove his fitness, although the reality is that the Austrian is looking highly unlikely to return in time.

Carlo Ancelotti opted to field a hugely rotated squad for the Espanyol game in order to preserve his big names for the City game, with his back four being entirely new.

Neither Eder Militao nor Nacho Fernandez were in the squad for that game, with both being rested with a view to starting here alongside Ferland Mendy and Dani Carvajal at full-back.

Casemiro filled in at centre-back against Espanyol but should return to his midfield role here, with Toni Kroos and Luka Modric up ahead of him.

Vinicius Junior and Karim Benzema began that game on the bench as well but should both return as Real look to overturn the deficit against City.