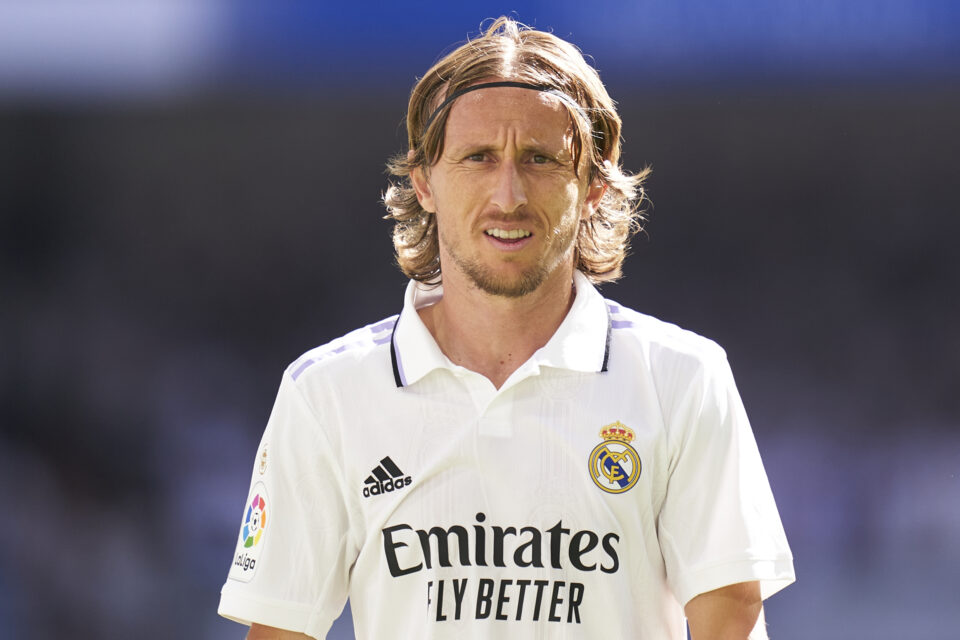 Only a few hours ago, reports surfaced claiming that Real Madrid Luka Modric had returned from the international break with a muscle overload. However, it was expected that the 37-year-old would be fit for the upcoming La Liga clash versus Osasuna.

But as per a fresh update from journalist Jose Luis Sanchez, Modric’s injury is a bit more troublesome than initially anticipated. And the veteran superstar is now said to be sidelined for a period of ten days due to the aforementioned muscle injury.

However, the good news for the Madridistas is that Modric is expected to be fit and available for the all-important El Clasico against Barcelona at the Santiago Bernabeu on October 16.

Modric may be 37 years of age, but he continues to remain a key component of the team for both club and country. It is why he played 90 minutes in both of Croatia’s international fixtures over the past week, helping the qualify for the UEFA Nations League semi-finals.

However, it has seemingly come at a cost of him getting injured and missing the next couple of matches for Los Blancos.

Real Madrid resume their La Liga campaign with a game against Osasuna on Sunday before facing Shakhtar Donetsk in the UEFA Champions League next week.

And, as things stand, Modric is likely to miss both those encounters, while his involvement against Getafe is also a doubt. But the Croatian superstar is expected to be back in contention when Barcelona come visiting on October 16.

The veteran midfielder has played in each of Real Madrid’s nine games across all competitions this season, starting seven of those. He has even scored two goals and set up one more.

Carlo Ancelotti & co. will hope that Modric recovers from his issue and is back in the thick of things at the earliest.

Virat Kohli Explains How He Sees Ronaldo and Messi Differently; Says He Wants to Work in Football