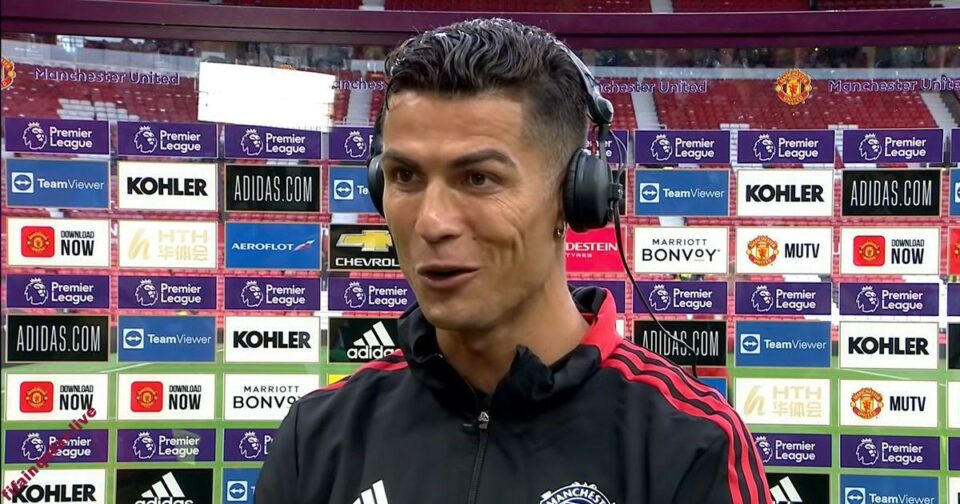 After a much-needed 2-0 win over Brighton & Hove Albion, Cristiano Ronaldo has made it clear to Manchester United that they must never give up.

The Red Devils improved their prospects of finishing in the Premier League’s top four partly owing to Ronaldo, who scored the game’s first goal to snap a six-game goal drought.

After the game, Ronaldo, who has now scored against 168 different teams or nations, had a message for his teammates after they had lost their previous three games.

The superstar tweeted : “Back on track! Nobody gives up and there’s only one way to get back on track: hard work, team work, serious work.

“Everything else is just noise. Let’s go Devils!”

United were made to work for their victory, as Brighton bossed the first half with a stellar display.

Ronaldo turned things around in the 52nd minute, slamming home from the edge of the penalty area after eluding a slew of players in a goal reminiscent of his youth.

With his thunderous effort, the Portuguese joined club icons Ryan Giggs and Paul Scholes as the third Red Devil to score a Premier League goal after turning 37.

Ralf Rangnick, United’s interim manager, praised his talisman’s goal and entire performance, telling The Athletic: “It was a beautiful goal.”

And goalkeeper David de Gea revealed what Rangnick told his players at half-time, having been under the cosh in the first 45 minutes due to the Seagulls’ surprise dominance.

“The message was that we are playing at home and we pressed high in the second half. We controlled the game after the red card and there was a five minute spell when they came back,” De Gea explained, via BBC Sport.

“We should be fighting for more things than the top four, but that is the reality. There are many teams fighting for the same position and with the quality we have we should win a lot of points.”

The Spaniard added: “It is great always when you have the three points especially after we draw the last few games. We are all very happy.

“We knew that Brighton is one of the teams that play very well with the ball, press very good and for me it is a very good team. We started the second half better, we scored the goal, they went a man down but a big three points and the performance was there.

“It great to be honest, a very difficult one. In that moment it was a big save because we kept a clean sheet. This is what we want in this moment, keep compact defensively. It was a great save to be honest.