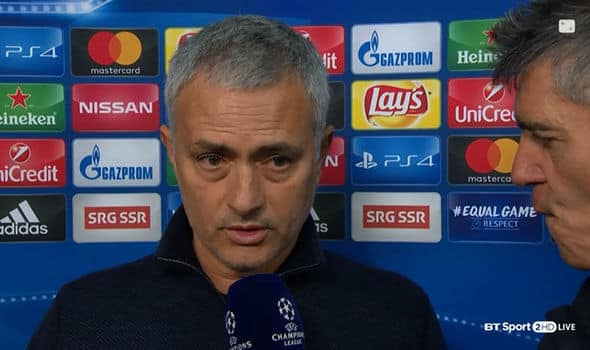 Eto’o, following a long 22-year senior career announced retirement at the age of 38 earlier this month after scoring more than 400 goals.

The Cameroon international has played for many sides in his career, but the most successful spells were at Barcelona and Inter. Eto’o scored a combined 182 goals in over 300 appearances for two clubs and won 14 major trophies.

Mourinho was the manager when Eto’o won Italian domestic treble with Inter in 2009/10. Later in his career, the Cameroonian was managed by the Portuguese at Chelsea.

Be it losing to Fabio Cannavaro in 2006 or the beginning of Ronaldo-Messi domination in 2008, Africa Cup of Nations winner in 2000 and 2002, never managed to win Ballon d’Or, something Mourinho is surprised about.

“It’s difficult to understand how Samuel Eto’o never won the Ballon d’Or with the impressive career he had,” Mourinho expressed.

“He played three champions league finals, winning two with Barcelona and scoring in both finals. He also won one Champions League at Inter and won many league titles.”

“He was the best striker in the world for several years and I think he deserved a Ballon d’Or but these are things out of our control,” the Portuguese concluded.