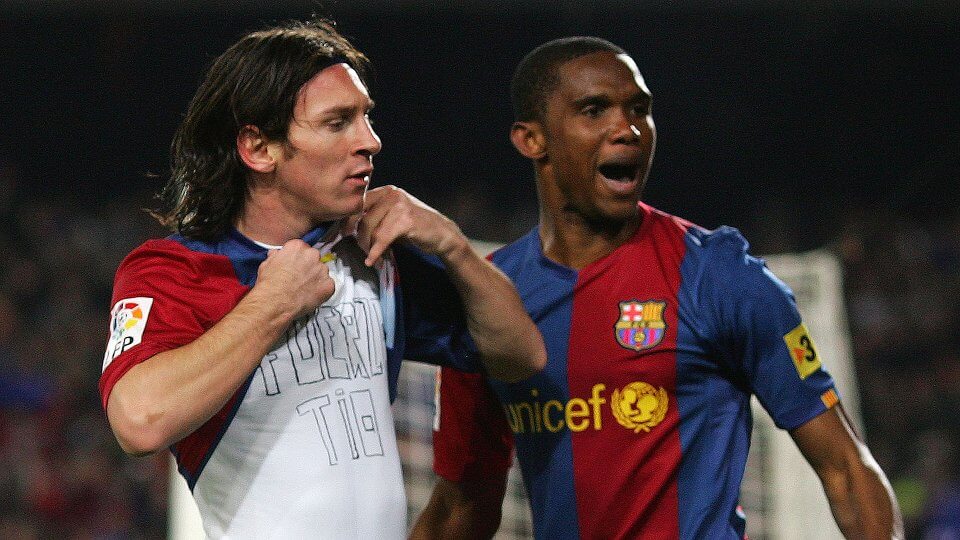 Samuel Eto’o has revealed some of the unsaid details about earlier days of Argentine Lionel Messi.

The 37-year old has now expressed about the conversation he had with Arsenal legend Patrick Vieira before the English side faced Barcelona.

Born in Argentina, Messi started his football career in Barcelona youth team and made it to the first team where he got the chance to play with Samuel Eto’o up until the time the Cameroon international joined Inter Milan.

Featuring in the Take the ball, Pass the ball documentary, the 37-year old remembered the things he told former Arsenal midfielder before the Joan Gamper Trophy match in 2005 where Messi presented a great performance.

Eto’o walked up to the Frenchman and told him exactly what would happen! ??https://t.co/7UWnDJpt2R

“I told him one day it would seem like every player who came before Messi was playing a different sport,” he said (via the Guardian).

Meanwhile, Fabio Capello who was managing Juventus was left in awe of Messi’s brilliance as the 18-year old outshone the likes of Ronaldinho, Samuel Eto’o, Alessandro del Piero.

The Bianconeri boss was so impressed that he said, “In my entire life, I have never seen a player of such quality and personality at such a young age, particularly wearing the ‘heavy’ shirt of one of the world’s great clubs” [via Goal].

He concluded, “That guy can do whatever he wants with the ball. It’s impressive winning a world youth title this summer, but this was outstanding — this was playing with men, not against kids his own age.”