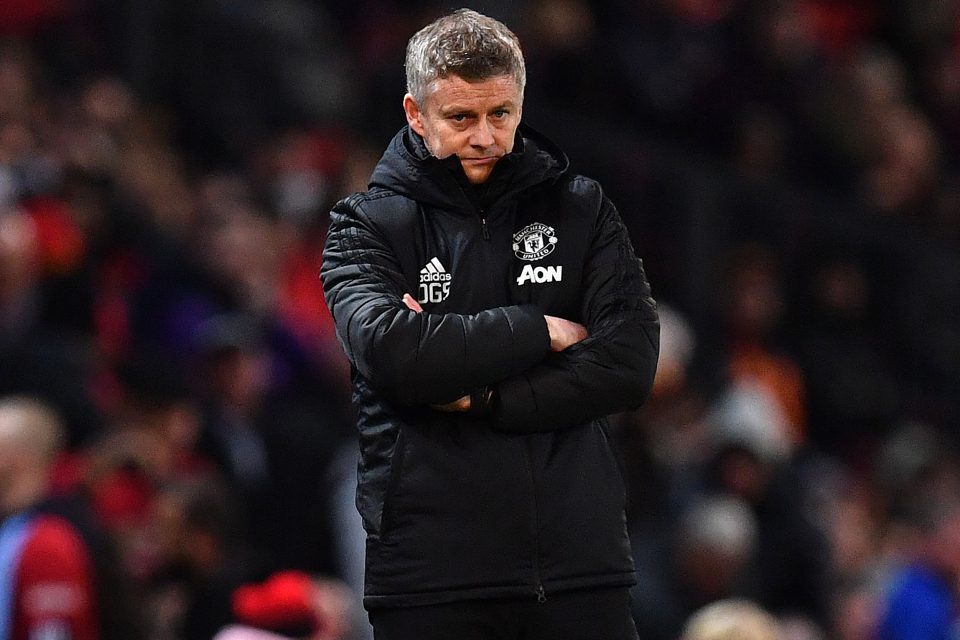 Ole Gunnar Solskjaer admitted that Manchester United “never showed up” as Arsenal inflicted another home loss in the Premier League on the Red Devils with a 1-0 victory in Old Trafford on Sunday.

Last time Manchester United started a league season this badly at home, they finished 18th. United are already nine points off the top.

Pierre-Emerick Aubameyang’s penalty earned the Gunners first away win against ‘big six’ opposition in 30 attempts in the English top flight.

In Solskjaer ‘s 100th game in charge, United was taken back to earth with a bang after RB Leipzig 5-0 in the Champions League on Wednesday.

A sixth consecutive league game with no home victory leaves United in the 15th Position.

Speaking to Sky Sports after the 1-0 defeat against Arsenal, Ole Gunnar Solskjaer said: “From the first half we never turned up. The intensity, the shape, they were better than us. The second half they didn’t look like they were going to score apart from the penalty.

“When you have played well you think you can take your foot off the pedal but that is not how it works because this was a big game against a good team and you have to be absolutely spot on with everything. We were too sloppy, too many passes went astray and the rotation was not there.

“Too many things that can go wrong in a game did for us today. Today we didn’t get the response we hopes for. I’ll just keep on working. It is a good group that wants to win, go forward and work hard. Today they will go home disappointed but I know these boys and they will get back at it.”

Solskjaer remains under pressure at Manchester United after picking up just 7 points from 6 Premier League games despite a good run of results in the Champions League.