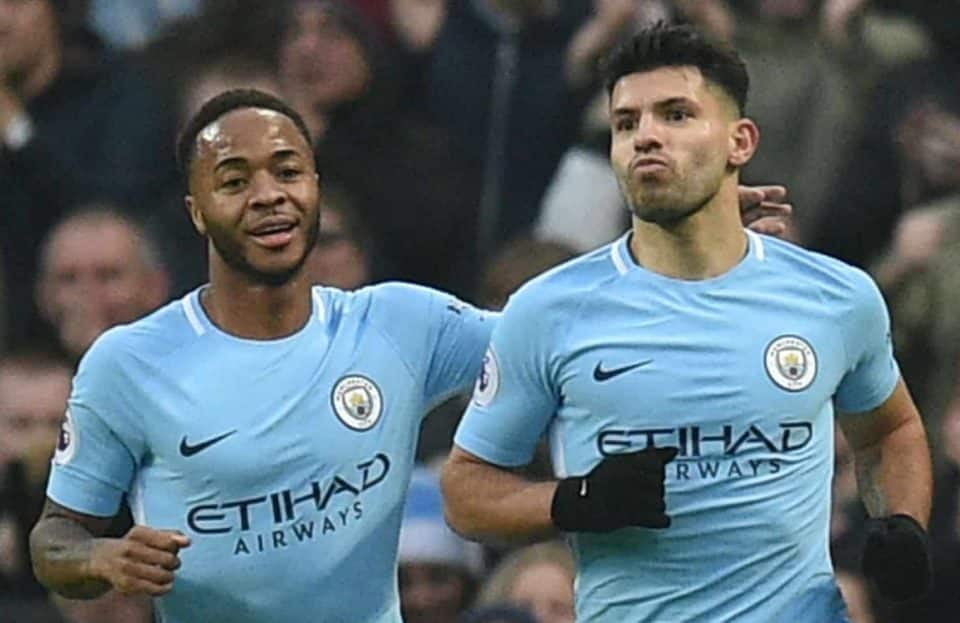 Manchester City boss Pep Guardiola has insisted that the club would try their ultimate best to help Raheem Sterling get to the same level as two of the greatest players ever to kick a ball, Cristiano Ronaldo and Lionel Messi.

The 26-year old forward has been enjoying an outstanding form in front of the goal in recent times. With 35 league goals to his name, the England international made sure the Manchester club lift back-to-back Premier league trophy edging past rivals Liverpool.

2019-20 season is no different as the England international has been standout for the defending champions with his contributions in the scoresheet.

Sterling also extended his club form to the national shirt as the 26-year old found the net in Euro 2020 qualifiers against Bulgaria and Kosovo. Pep Guardiola feels Sterling’s comparison to Messi and Ronaldo is absurd but can’t be ruled out in the future.

“Right now he is not in that level, I wish maybe in the future,” Guardiola told the media.

8 – Raheem Sterling has scored eight goals in his last eight appearances for England, with five of those coming in home games. Response. pic.twitter.com/11DR8aPCYn

The Spaniard boss believes the former Liverpool star should aim high to reach the standards set by the two legends Ronaldo and Messi.

“It would be a dream for him, for all of us and for him, but right now these two guys the last decade have scored 50, 60 goals every season and I don’t know how many assists.”

“They have won the Ballon d’Or and all the individual prizes every single season, except maybe last season”, the former Bayern manager said to the reporters.

“So the consistency of these two guys – they are legends, they are something unique in world football. And if Raheem can target that level, wow.”

“We will be here to help him and of course he can do it, I will not be the guy to say don’t think about that. No, absolutely not, I want it.”

“But right now, nobody, not in this club but in all the clubs in the world, nobody can compare to what they have done every single week for 10 years. They [Messi and Ronaldo] are absolute legends and nobody can compare, nobody.”