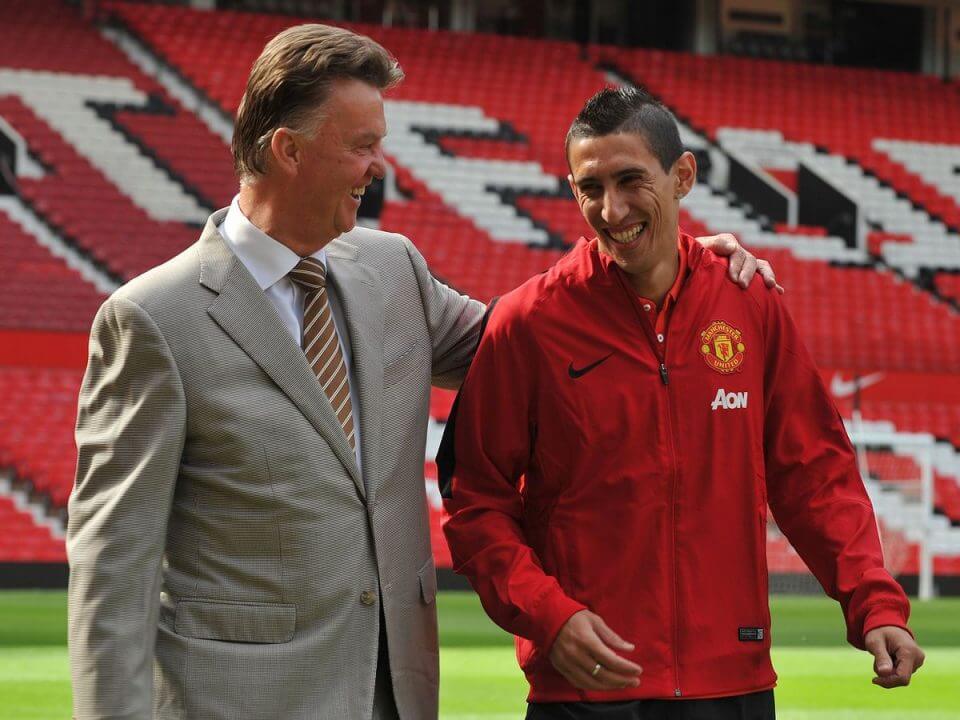 Manchester United are one of the biggest Sports teams in the world and has a mixed record in the transfer market. Manchester United manages to attract many big names to Premier league, but only a few succeeded.

Let’s have a look at ten such transfers in United history which didn’t go well as planned.

The Columbian striker joined the Red Devils short after recovering from a serious knee injury. The Manchester club took a big risk in bringing in the former Monaco striker and it went south as the Columbian found it hard to return back to full fitness in England.

The Monaco striker managed to find the net only on four occasions in as many as 29 games, thus leaving the Old Trafford after only a season.

Sir Alex Ferguson in his illustrious managerial career at Old Trafford signed a lot of players who went on to become the superstars. But he couldn’t foresee the failure of Diouf.

The Senegalese attacker was signed in the summer of 2009, which the Red Devils hurried because of the interests of other competitor clubs, according to Ferguson.

The Senegalese scored only one goal against Burnley in his short yet unforgettable United career that lasted nine appearances.

Summer of 2015 saw the arrival of the Holland international Memphis Depay for a fee close to 25 million. Despite strong interests from Paris Saint-Germain, Arsenal and Liverpool, the Holland star was signed by the Red Devils as the successor to the iconic number 7 shirt.

Depay started off well with a couple of goals against Club Brugge in the Champions League play-offs. Soon the equation fell with the manager after failing to impress Louis van Gaal in trainings.

Another significant performance by Depay came against Midtjylland the Europa league. The time at United ended shortly as the Dutch barely featured in 2016/17 and joined Lyon in January transfer window.

Along with Depay, Schneiderlin was signed in the summer of 2015 to strengthen the attack and the deal was regarded a bargain at that time. Like Depay, the former Southampton midfielder initially impressed the faithful at Old Trafford.

The midfielder started off well with a fine performance against Tottenham and then adding his name to the scoresheet in a 3-0 win against Everton.

With time, the French international fell out of plans at the Manchester club as he played only 147 minutes in first half of 2017, which eventually pushed him out to Everton in the mid-season.

Sir Alex Ferguson had a knack for signing youngsters with great potential. The Red Devils swooped as high as 6 million to grab the signature of the highly rated 18-year old.

Ferguson was more than thrilled and expected the English midfielder to shine at Old Trafford : “He is an exceptional talent and has been schooled well at Crewe. I’m delighted he has chosen to come to United. He has a lot to offer and we are all looking forward to working with him.”

The England international failed to live up to the talent that he showed at Crewe as the midfielder made only nine appearances and is currently playing for Stoke City.

The Crystal Palace winger was signed by Sir Alex Ferguson but joined the club in a completely different scenario. Zaha and both the clubs agreed for a deal in 2013 January transfer window, however the winger spent the rest of the season at Palace.

David Moyes was signed to replace Ferguson after the Scottish manager decided to bid goodbye to the theatre of dreams. Zaha joined the club in the summer but couldn’t get on well with the new boss.

The differences with the coach Moyes made more headlines than his performances for Red Devils as the winger made only four appearances before heading back to Palace.

Manchester United should’ve thought twice before signing Schweinsteiger from Bayern Munich who were more than happy to let go of the player for merely 6.5 million.

The Bundesliga side were smart in the sale of the German international as the Bavarians realised the legs of the midfielder wouldn’t be same and accepted the bid from the Premier league side.

A booking in debut followed by a string of bad performances forced him on bench and eventually pushed him out of the club when Jose Mourinho arrived a year later. The German international then moved to MLS signing for Chicago Fire in 2017.

Considered probably the weirdest signing in Manchester United history, Bebe was unveiled as United player along with Javier Hernandez and Chris Smalling.

In the summer of 2010, Bebe joined the Portuguese side Vitoria de Guimaraes for free. Five weeks later, Manchester United came knocking for the midfielder, willing to pay 7 million despite no first team experience at the Portuguese side. With just seven appearances for the Red Devils, Bebe was soon shown the exit door.

With the poor first 18 months at Old Trafford to back the statement, Alexis Sanchez is rightly placed in this list.

After completing a dream yet controversial move from Arsenal to United in January 2018, the Chilean has failed to live up to the hype. A string of poor performances doesn’t justify the huge paycheck he gets at the end of every month.

Regarded as United’s one of the worst signing of the decade, the club didn’t think twice before sending the Chilean on loan to Serie A this summer.

After winning the Champions League with Real Madrid, the Argentine Angel Di Maria arrived at Old Trafford in the summer of 2014 with a great number of fans backing the signing of the winger.

With a transfer sum around 60 million, the Argentine signed a long five-year deal with the Red Devils. The winger started off well winning the club’s player of the month for September after scoring two and assisting two more.

But things got into a decline as the former Real Madrid player failed to perform consistently for the Premier league side. The spell lasted only one season at the club as the Argentine signed for Paris Saint-Germain the following season.